The Enhancing Oversight to End Discrimination in Policing Act rescinds the Department of Justice guidance that she said has discouraged use of consent decrees to implement targeted reforms in police departments with a pattern or practice of discriminatory policing. Supporters of the new legislation say that in the past three years, the DOJ “has not entered into a single consent decree” to address discriminatory police practices.

Senator Hirono has also cosponsored the Justice in Policing Act, a bill introduced by Senators Cory Booker (D-N.J.) and Kamala Harris (D-Calif.), which aims to strengthen patterns or practice investigations against discriminatory policing and make other critical reforms. 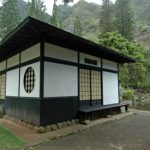 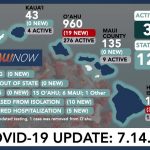 ARTICLE COMMENTS ( 38 )
This comments section is a public community forum for the purpose of free expression. Although Maui Now encourages respectful communication only, some content may be considered offensive. Please view at your own discretion.
I Understand, Show Comments