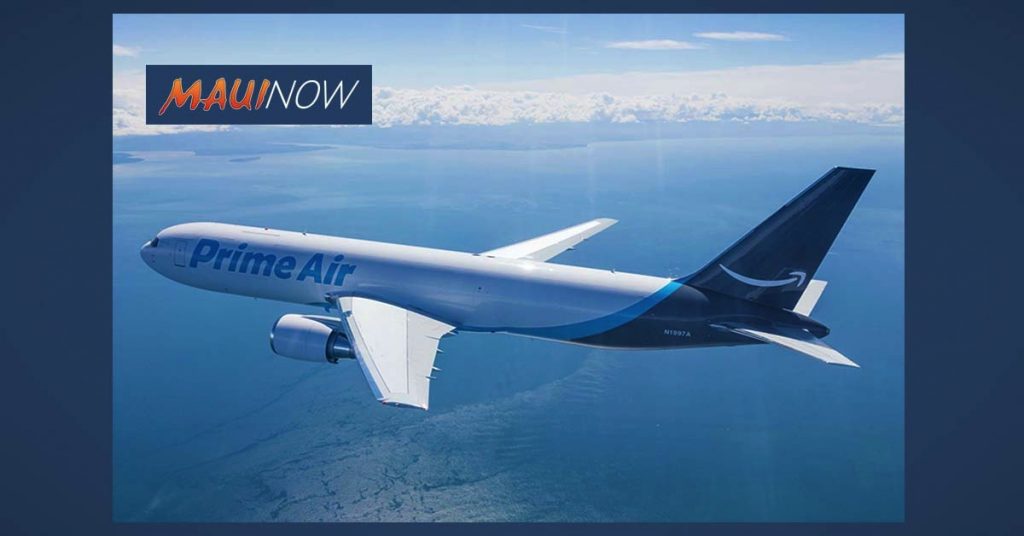 Both locations are identified as new regional gateways and will service daily flights originating from Amazon Air’s mainland regional gateway at March Air Reserve Base in Riverside, California.

The regional gateways on Maui and in Kona represent Amazon Air’s second and third destinations in the state, in addition to flights already serviced at Daniel K. Inouye International Airport in Honolulu on Oʻahu, which began in April 2018.

According to the company, these latest additions to Amazon Air’s operations will enable faster shipping for customers in Maui County and on the Big Island of Hawaiʻi.

The launch of these Regional Gateways come on the heels of Amazon’s recent land purchase in Honolulu last month. Company executives say Amazon’s continued investments in the state will provide more avenues for the company to respond to future network needs, and also bring local economic opportunities.

State officials note that Amazon has already invested more than $100 million in Hawaiʻi and has more than 6,500 small and medium-sized businesses that utilize Amazon products and services.