Maui Fire Services Chief Rylan Yatsushiro said crews will be working throughout the day to put out hotspots and further secure the fire perimeter.

Hawaiian Telcom crews worked through the night to repair fiber that was damaged by the fire in order to restore impacted services as quickly as possible. Repairs were completed around 6 a.m. this morning. “We know that our residents and businesses are counting on our services now more than ever and last night our crews were on the scene, ready to work on repairs as soon as the area was deemed safe to enter,” said a spokesperson with the company.

The fire started at around 1 p.m. on Sunday near the Puʻunēnē Post Office.  It quickly advanced south towards Kīhei, resulting in evacuations of the Central Maui Baseyard and the Maui Humane Society across the street.  The fire also forced the temporary closure of the highway during firefighting operations.

Multiple air and land assets were used to battle the blaze including three helicopters for water drops and multiple ground units.

The National Weather Service issued a Red Flag Warning for all leeward areas of the Hawaiian Islands until 6 p.m., meaning critical wildfire conditions are either occurring now or will shortly.

The warning says, “Provided the lack of any significant rainfall through the summer months, fuels have become very dry across portions of the state. These dry conditions combined with breezy trades and relative humidity’s dipping below 45 percent through the afternoon hours will support extreme fire behavior today.”

The fall months of September and October are typically the most prone to wildfire starts in Hawai‘i. “However, there are no longer typical fire seasons in the islands, as in recent years we’ve seen wildfires break out in every month of the year,” said Michael Walker, State Protection Forester for the Hawai‘i Dept. of Land and Natural Resources Division of Forestry and Wildlife. Experts believe this is largely a result of global climate change.

This year, heading into the fall and adding prolonged drought in certain locations around the state to the equation, fire managers, forecasters and firefighters are on high alert. Kevin Kodama, the Senior Service Hydrologist with the NWS Forecast Office in Honolulu commented, “Vegetation conditions have really become dry over portions of the state during August, especially in the leeward areas of Maui County where severe drought has been quite persistent. Furthermore, based on our climate guidance, it’s looking like we may have a late start to our October through April wet season and significant relief may not show up until November.”

A week ago, the U.S. Drought Monitor rated west Maui as being in “severe drought.” Other areas of Maui, Hawai‘i island and O‘ahu are experiencing abnormally dry conditions to moderate drought conditions. Kaua‘i is not experiencing drought except for a very small portion of the southwest quadrant of the island. On other islands, the only areas not experiencing some level of drought as of August 25th, include the windward side of O‘ahu and the leeward side of

Hawai‘i island. A year ago, about 41% of the state was not experiencing drought, as of now that percentage has dropped to around 32% as drought-free. The authors of the drought monitor estimate nearly 280,000 Hawai‘i residents live in currently rated drought areas. “Given the red flag warning now covering leeward areas, we can expect the percentages of area under drought conditions to increase in the next monitoring report,” said Neal Fujii, a hydrologist with the State Commission on Water Resources Management.

In more normal times, fire management partners across the state, stage a “Wildfire & Drought LOOKOUT!” campaign to increase people’s awareness of the connection between drought and wildfires. “The COVID-19 pandemic, is of course capturing everyone’s attention as it should, but we do hope people will be aware over the next few months that their actions can lead to wildfires, that can threaten homes, property, forests and lives,” said DLNR Senior Communications Manager Dan Dennison, who in collaboration with others, initiated the annual wildfire awareness campaign five years ago.

Part of the annual Wildfire & Drought Lookout campaign is to provide common-sense tips and guidance for everyone to follow to prevent wildfires. Nani Barretto, the Co-Executive Director of the Hawai‘i Wildfire Management Organization (HWMO) added, “The difference about wildfires that people need to understand, compared to most natural hazard events, is that they are preventable. We can reduce the impacts when we are proactive. There’s lots we can do to protect ourselves, our families, our communities. Now is the time to do that, to take action and to be proactive.”

Among the actions HWMO and other fire management agencies recommend:

95% of wildland fires are caused by people, albeit usually accidentally. Barretto also recommends a family emergency plan if you live in a drought or fire-prone area and said, “Be sure to include neighbors or loved ones who may not be able to escape a fire. We also encourage people to get involved in community efforts to reduce wildfire hazards.” She points to the Firewise USA program which is a national and state program that mobilizes communities to act. The National Fire Protection Association and HWMO have recognized 15 communities around the state as Firewise USA sites. Across the country 1,500 communities in 42 states have achieved recognition. For more information check the links below. 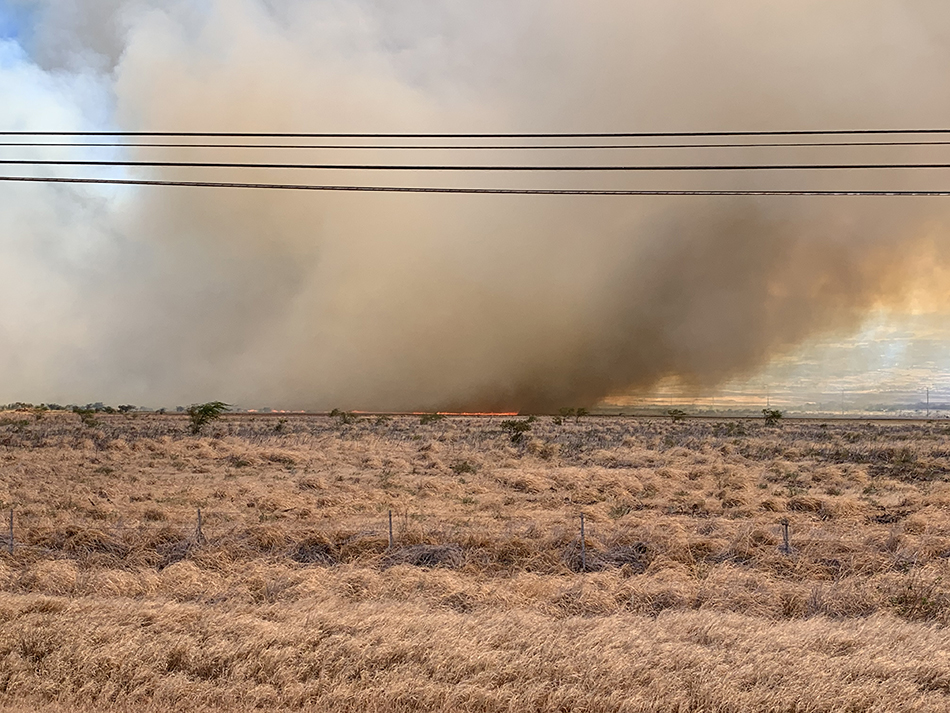 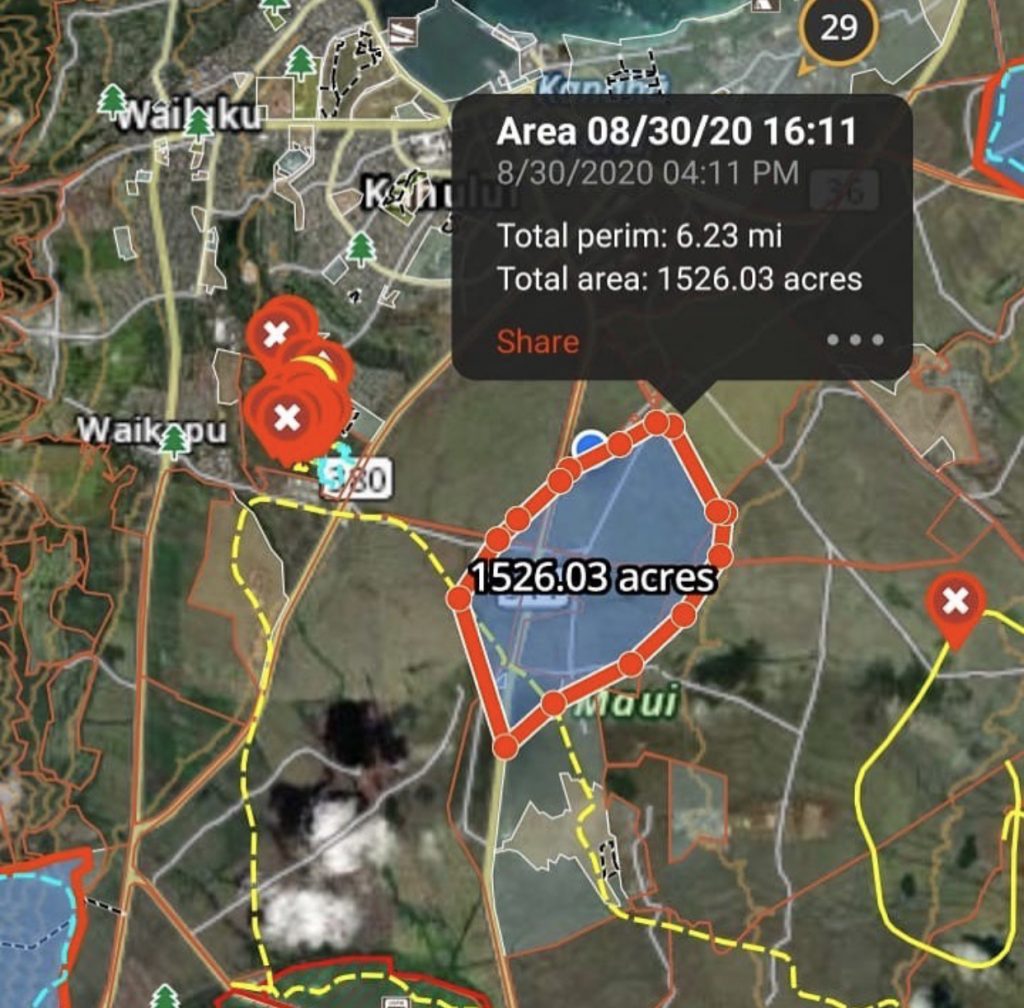 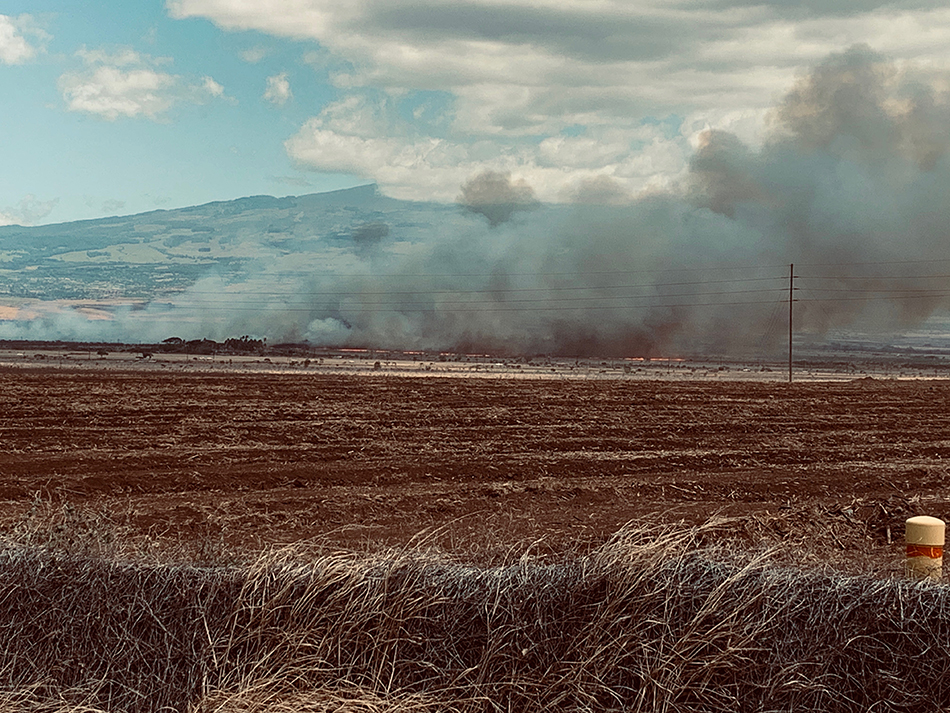 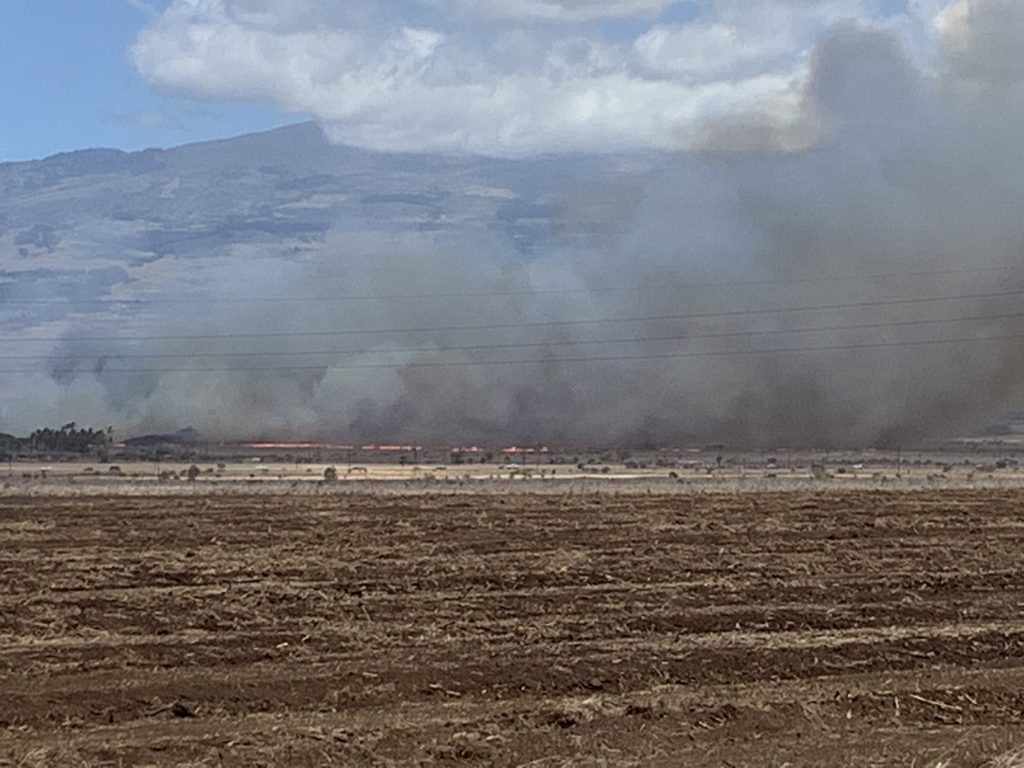