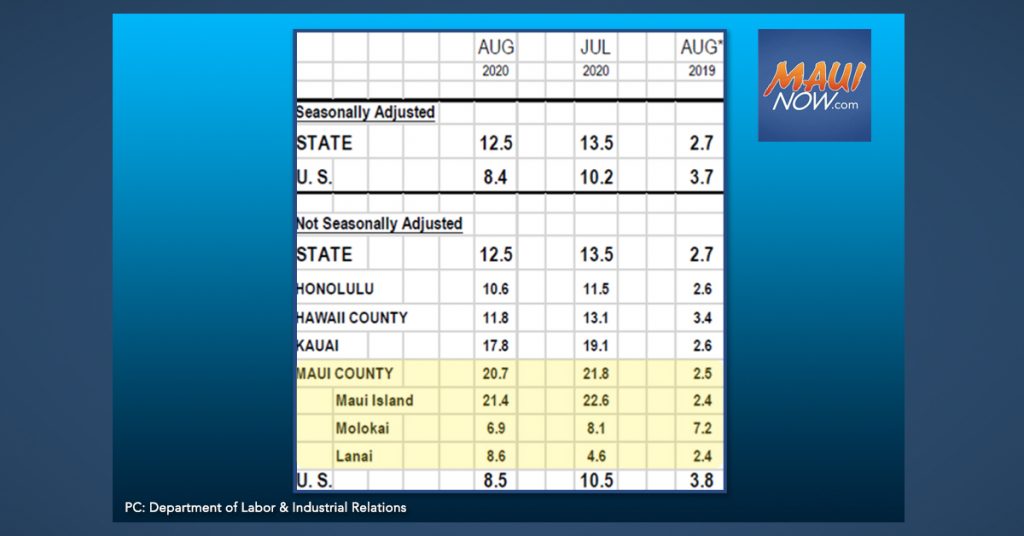 Statewide, the not seasonally adjusted rate was 12.5 percent in August, compared to the revised rate of 13.5 percent in July.

Initial and weekly unemployment insurance claims also continue to decrease while establishments remain closed due to the coronavirus pandemic.

The state Department of Labor and Industrial Relations reports that jobs declined by more than 105,000 over the year.

Initial claims for unemployment benefits fell by 21.2 percent over the month. Weeks claims also dropped, trending down by 3.3 percent even while establishments remained closed due to COVID-19. In contrast to one year ago, initial claims grew by 4,576 or 408 percent and weeks claims rose by 117,853 or 1,770 percent.