The data was compiled as part of the Hawaiʻi Hotel Performance Report published by the Hawaiʻi Tourism Authority’s Tourism Research Division. The report’s findings utilized data compiled by STR, Inc., which conducts the largest and most comprehensive survey of hotel properties in the Hawaiian Islands.

According to the HTA, Hawaiʻi hotels statewide continued to report substantially lower RevPAR, ADR, and occupancy compared to the previous August due to the COVID-19 pandemic.

Many properties closed or reduced operations starting in April 2020. During August, all passengers arriving from out-of-state were required to abide by a mandatory 14-day self-quarantine. On August 11, a partial interisland quarantine was reinstated for anyone traveling to the counties of Kauaʻi, Hawaiʻi, Maui, and Kalawao (Molokaʻi).

Highlights from other islands: 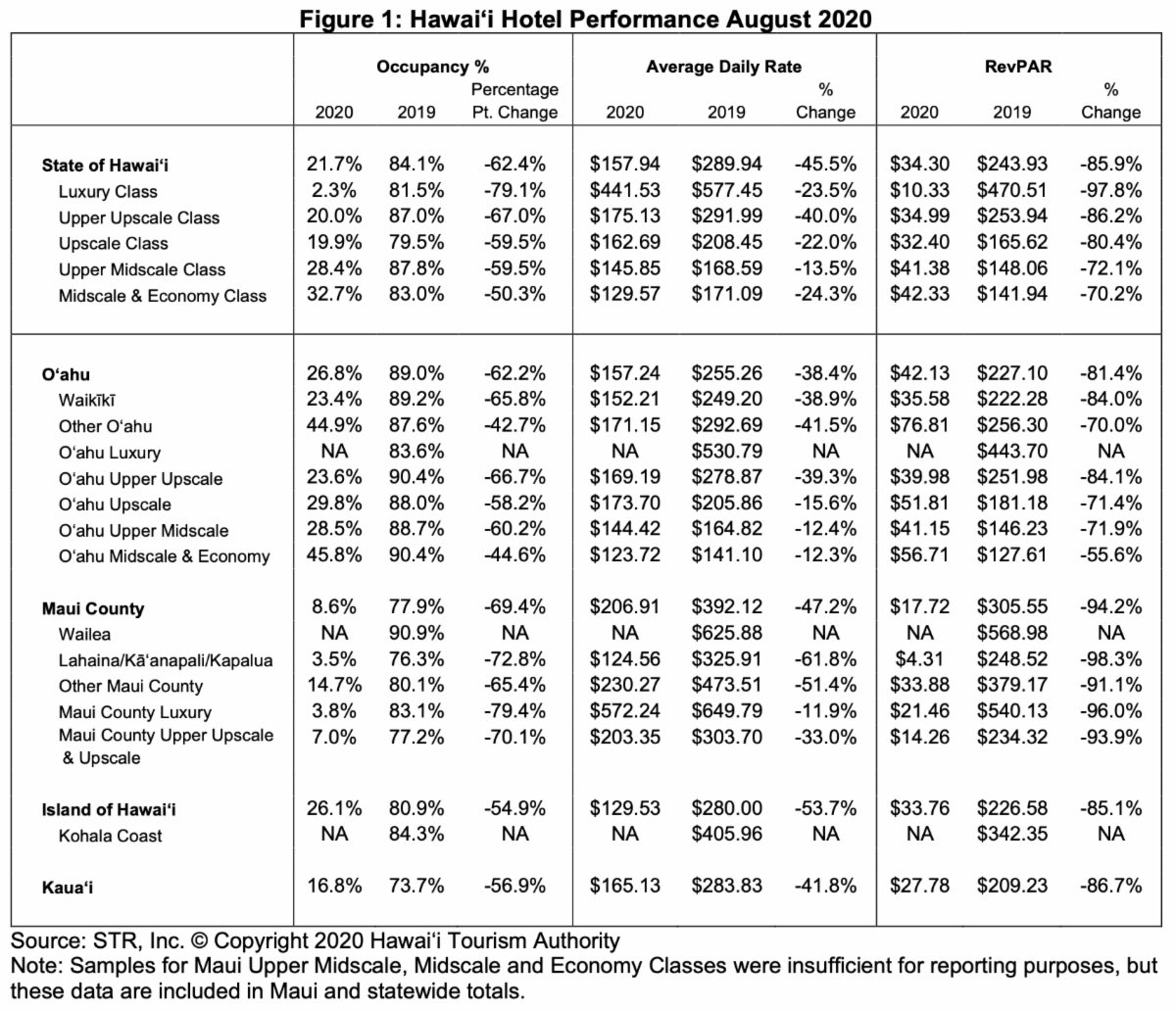 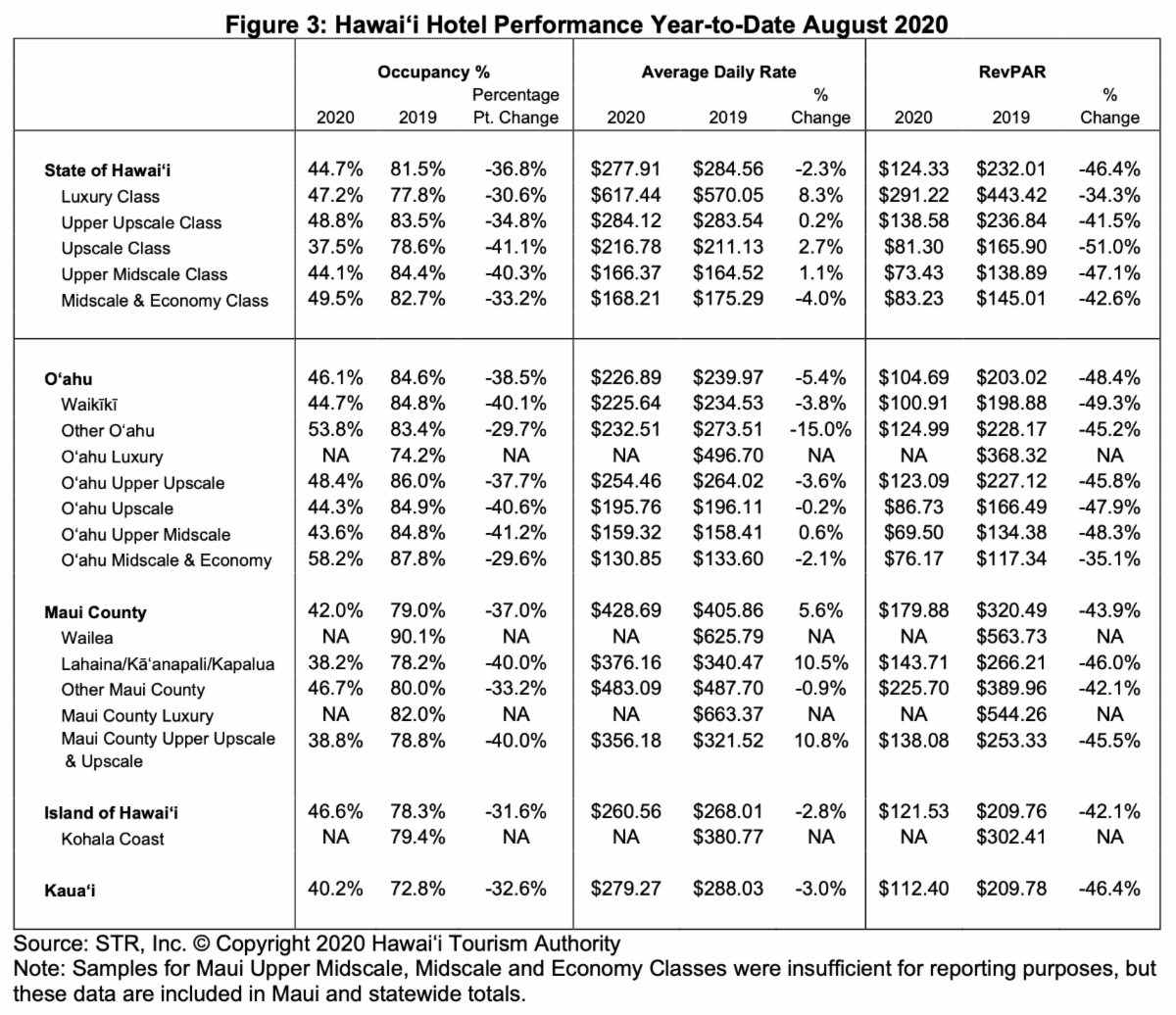