Joe Biden has secured the presidency becoming the 46th US President, the Associated Press and NBC News are reporting.  As of Saturday morning, the AP is reporting a win by 284 to 214 electoral votes, while NBC news projected a more conservative 273 electoral votes for Biden.

The reports are the first for major news organizations after four days of vote counts in a historically tight race.

In a letter posted on his campaign website this morning Biden urged unity in a letter addressed to “my fellow Americans.”

“I am honored and humbled by the trust the American people have placed in me and in Vice President-elect Harris.

“In the face of unprecedented obstacles, a record number of Americans voted. Proving once again, that democracy beats deep in the heart of America.

“With the campaign over, it’s time to put the anger and the harsh rhetoric behind us and come together as a nation.

“It’s time for America to unite. And to heal.

:We are the United States of America. And there’s nothing we can’t do, if we do it together.”

“America, I’m honored that you have chosen me to lead our great country. The work ahead of us will be hard, but I promise you this: I will be a President for all Americans — whether you voted for me or not. I will keep the faith that you have placed in me.”

President Trump continued to declare his own victory, Tweeting at 5:36 a.m. HST: I WON THIS ELECTION, BY A LOT!

In a statement issued this morning by his campaign, President Trump said Biden is “rushing to falsely pose as a winner.”

Donald J. Trump for President, Inc. Campaign released a full statement from the president posted below:

“We all know why Joe Biden is rushing to falsely pose as the winner, and why his media allies are trying so hard to help him: they don’t want the truth to be exposed. The simple fact is this election is far from over. Joe Biden has not been certified as the winner of any states, let alone any of the highly contested states headed for mandatory recounts, or states where our campaign has valid and legitimate legal challenges that could determine the ultimate victor. In Pennsylvania, for example, our legal observers were not permitted meaningful access to watch the counting process. Legal votes decide who is president, not the news media.

“Beginning Monday, our campaign will start prosecuting our case in court to ensure election laws are fully upheld and the rightful winner is seated. The American People are entitled to an honest election: that means counting all legal ballots, and not counting any illegal ballots. This is the only way to ensure the public has full confidence in our election. It remains shocking that the Biden campaign refuses to agree with this basic principle and wants ballots counted even if they are fraudulent, manufactured, or cast by ineligible or deceased voters. Only a party engaged in wrongdoing would unlawfully keep observers out of the count room – and then fight in court to block their access.

“So what is Biden hiding? I will not rest until the American People have the honest vote count they deserve and that Democracy demands.”

“This election is about so much more than @JoeBiden or me. It’s about the soul of America and our willingness to fight for it. We have a lot of work ahead of us. Let’s get started.”

Scroll Down to Read 100 Comments 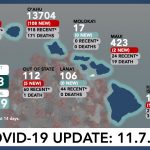 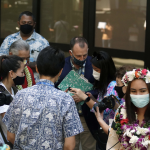 ARTICLE COMMENTS ( 100 )
This comments section is a public community forum for the purpose of free expression. Although Maui Now encourages respectful communication only, some content may be considered offensive. Please view at your own discretion.
I Understand, Show Comments