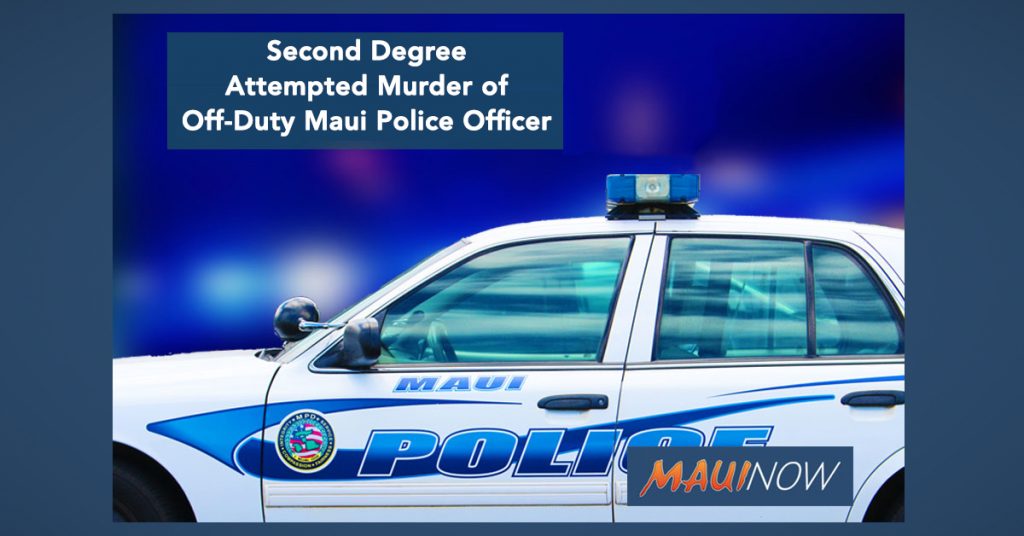 Maui police arrested a Wailuku man for his alleged involvement in an assault against an off-duty police officer that resulted in life-threatening injuries.

Kīhei patrol officers responded to a report of an assault-type case fronting an establishment in Kīhei at 12:54 a.m. on Friday, Nov. 27, 2020.

Upon arrival, they observed the victim to be an off-duty Maui Police Department officer.  The off-duty officer was transported by medics to Maui Memorial Medical Center for treatment of life-threatening injuries.

At 10:11 a.m., detectives arrested 28 year-old Tomasi Caones-Paahana of Wailuku and charged him with second degree attempted murder.  He was is being held in lieu of $500,000 bail.