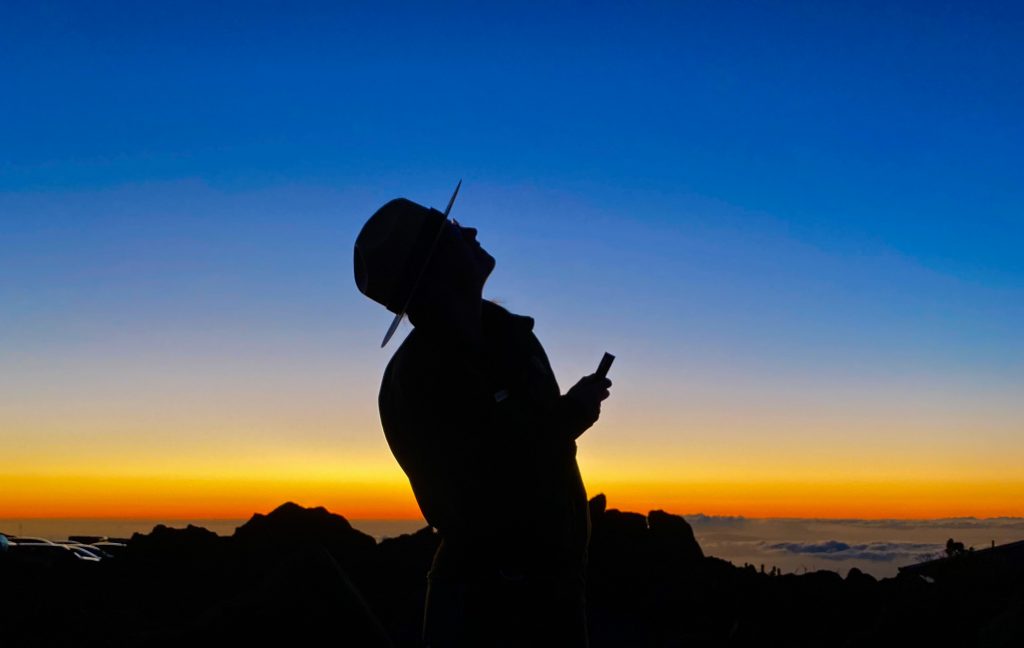 Nature’s most spectacular light show for 2020, the Geminids meteor shower, peaks tonight. The viewing should be optimal with extra dark night skies due to a new moon.

And although the Geminids can be seen from both the northern and southern hemispheres, one of the more magical places on Earth to witness its full glory is from the 10,023-foot summit of Haleakalā.

“Maui is pretty blessed by generally low light pollution … but there is something to be said for the clarity of air up here,” said Laurel McKenzie, Night Sky Ranger at Haleakalā National Park. “The higher you go up, the less particulate matter is in the atmosphere. And, the closer you are to the stars.” 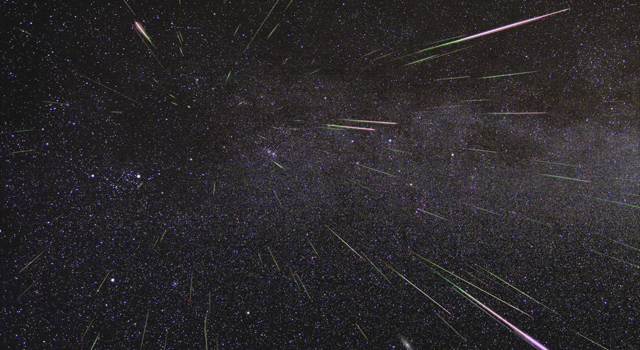 Under normal circumstances, McKenzie would be holding a public program tonight to observe the Geminids Meteor Shower at the Haleakalā Visitor Center. It was going to be the culmination of the park’s 2020 “Stars over Haleakalā,” a new program she helped create with 14 events that include star talks, full moon hikes and telescope parties. But not much has been normal during the COVID-19 pandemic.

Instead, to engage people, McKenzie created a free 34-minute podcast: “The Gifts of the Geminids.” While the podcast can be listened to anytime, she hopes people will do so tonight while sitting under the night sky, whether at the summit of Haleakalā, your backyard, the beach or a place where light pollution can be eliminated as best as possible.

“I wanted to give people a reason to step outside and look up,” McKenzie said.

The Geminids show up in December like clockwork, when the Earth orbits into a hanging cloud of debris coming from a 3.6-mile wide asteroid called 3200 Phaethon. When the debris, which is the size of grains of sand or small pebbles, hits the Earth’s atmosphere at 37 miles per second the friction leaves behind streaks of light that make impressive shooting stars.

“They are so tiny, but we can see them all the way down here and they look magnificent to us,” McKenzie said.

During tonight’s peak performance, dozens of shooting stars can be seen in an hour if the weather cooperates and the sky stays clear. Geminids also is special because the meteors not only glow white, but can appear yellow, blue, red and green, according to astronomy websites.

The Geminids are named after the constellation Gemini in the eastern sky because that’s where they appear to come from. But if watching for the meteors, look in all directions. They can be seen throughout the sky.

Optimal viewing of the Geminids tonight is around 1 am, but it can be viewed much earlier than most meteor showers. McKenzie said on Maui you can try looking for the shooting stars as early as 8 pm but give your eyes about a half hour to adjust to the darkness.

While waiting for your eyes to adjust, listen to the podcast. McKenzie explains that Geminids is unique because it is caused by an asteroid. Most are caused by icy comets.

In the 1800s and earlier, meteor showers often represented gloom and doom.

“When you read historical accounts, some folks write about how beautiful they are, but a lot perceived it as the end of the world, or something really awful was happening,” McKenzie said. “I have an image of what it felt like. Last year I was looking at the night sky before sunrise and saw a constellation of satellites. About 60 satellites all moving across the night sky and I had no idea what it was at first. I had a pit in my stomach so I could understand their sense of fear.”

The fear of meteor showers in the 1800s kickstarted the study of them, leading to a better understanding they were astronomical events that could be enjoyed.

Visitors can view the Geminids from the Summit District of Haleakala National Park, either from overlooks or parking lots. Just remember: As part of the phased resumption of park operations, all trails and campgrounds, including the Hosmer Grove area, are closed after dark and there is no camping currently permitted. In accordance with local and state guidelines, visitors are asked to practice social distancing and bring a face mask to the park. 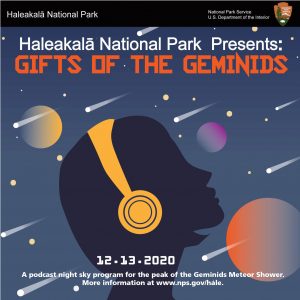 And if listening to the podcast tonight, use headphones in a public place if it would disturb others.

McKenzie said one of the “gifts” of the Geminids is that everyone can enjoy them. No telescope or even binoculars are needed. You’re more likely to miss the meteors throughout the sky.

“Relax,” she said. “And let the night sky wash over you.”