Live Skunk Found and Captured at Kahului Pier on Maui 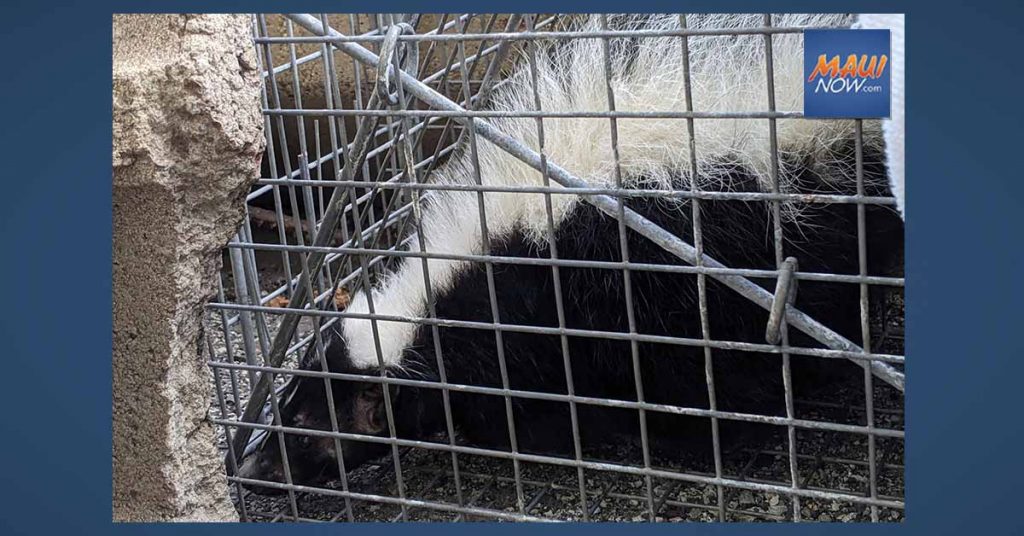 A live skunk was found and captured this morning at a maritime container yard at Pier 1 in Kahului, Maui.

The skunk was spotted roaming around in the container yard early in the morning and was reported to harbor security by a biologist surveying for stranded sea bird fledglings.

The skunk measured about 15 inches from head to tail. A test for rabies will be sent to a mainland laboratory. Inspectors surveyed the area and found no other skunks. HDOA inspectors are investigating how and when the skunk could have made its way to Maui.

In February 2018, a live skunk was captured by stevedores at Pier 1 at Honolulu Harbor. That was the first recorded capture of a live skunk in Hawai`i. In August 2018, another live skunk was found in a container at a trucking company on Maui. Both skunks tested negative for rabies.

Skunks are prohibited in Hawai`i and are only allowed by permit for research and exhibition in a municipal zoo. Skunks inhabit the U.S., Canada, South America, Mexico and other parts of the world. They are also one of the four wild animals considered to be the primary carriers of the rabies virus, a fatal viral disease of mammals most often transmitted through the bite of a rabid animal. Hawai`i is the only state in the U.S. and one of the few places in the world that is rabies free.