Former lawmaker Ed Case announced his candidacy to the U.S. Congress over the weekend.Â  Case hopes to fill the vacancy being created by Congressman Neil Abercrombie who is campaigning for Governor in 2010.

Case was first elected to the State House in 1994, and then to the U.S. House in 2002.Â  He gave up his seat in the 2nd Congressional District four years later as he entered an unsuccessful bid to unseat U.S. Sen. Daniel Akaka. 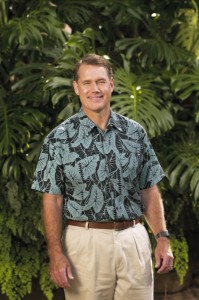 Below is the text of the announcement made by Case on Saturday:

Aloha! I’m excited and humbled today to announce my candidacy to again serve the Hawai’i and country I love in our United States Congress (D/HI-1st).

I’ve been honored to serve in elective office over four years in Congress and eight years in our Hawai’i State Legislature. For me the question has never been whether to continue my public service, but when and how. My head and heart tell me I can best serve by returning to Washington, D.C.

Congressman Abercrombie’s departure will leave a huge puka in our congressional delegation at a critical time for our Hawai’i and country, and we must fill it without missing a beat. I can and will put my seniority, experience and relationships in D.C. to work on our challenges from day one.

Our priority must be to get our country’s economy moving again. Everything else … from balancing our budget to protecting our country to taking care of ourselves and our ‘Äina … depends on that. This is where I’ve focused throughout my career, not just in federal and state office, but in almost 30 years in our private sector.

I’m truly excited at the opportunity to represent Hawai’i’s great First Congressional District … from Makapu’u to Mililani, Waikele and Ewa Beach. I’ve lived and worked in the First half of my life. I represented MÄnoa and Makiki for eight years in our state legislature, have crisscrossed the First in two statewide campaigns, and have addressed its needs in Congress. I know the First, and I know I can represent its 600,000 citizens well in Congress.

To my friends in Hawai’i’s equally great Second Congressional, where I was born and raised and have spent the other half of my life, and whom I was fiercely proud to represent in Congress for over four years, I look forward to continuing to represent you in D.C. as well. I ask for your continued support.

I’m truly looking forward to this campaign. We’ll be reaching out across the First whenever and however we can. I truly welcome the opportunity to talk story with you, and ask for your help and your vote. Please visit my website at www.edcase.com for more information.

I know better times are ahead for our country and Hawai’i and that we’ll make it through, if only we face our challenges honestly, realistically and, above all, together. I humbly ask for your support.