SWINE FLU DEATH RISES TO 6 IN HAWAII: PATIENTS DID NOT CONTACT THEIR PHYSICIAN

Hawaii’s swine flu death toll rose to six as the state health department confirmed two additional cases associated with the H1N1influenza.Â  Both cases were on Oahu and involved patients with underlying health conditions. 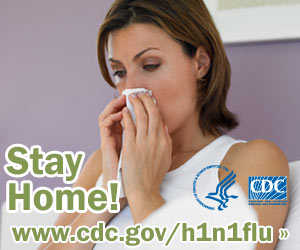 “We are very concerned that neither had contacted a physician about their illness,” said Health Director Dr. Chiyome Fukino.

“Anyone who has flu-like symptoms such as high fever, cough, and sore throat and is experiencing difficulty breathing or has other concerning symptoms such as mental confusion or lethargy should seek emergency medical care and consult a physician.”

Similar to what has been observed nationally, underlying conditions such as obesity, smoking, asthma, heart disease, diabetes, and respiratory difficulties have been contributing factors in novel H1N1-related hospitalizations and deaths in Hawai’i.

The U.S. Centers for Disease Control and Prevention has information at cdc.gov/h1n1flu/pregnancy/ for pregnant women, who may also be at increased risk for complications from H1N1 influenza infection.

“Influenza can be a serious and fatal illness for those with chronic conditions and weakened immune systems,” said Dr. Fukino.Â  “Taking care of your health with good nutrition, regular physical activity, regular health check-ups, and plenty of rest can reduce your risk for complications from the flu.Â  It is also always a good time to quit smoking,” Fukino said.

Current data collected by the DOH suggests that influenza activity in Hawai’i has increased and is at higher levels this year.Â  Similar to the mainland U.S., most of the influenza virus circulating in Hawai’i at this time is the novel influenza A (H1N1); with occasional seasonal influenza A (H3N2).

AND any one of the following,

If you have any of the symptoms below, seek emergency medical care right away or call 911:

(Posted by Wendy Osher; Information provided by the Hawaii State Department of Health)