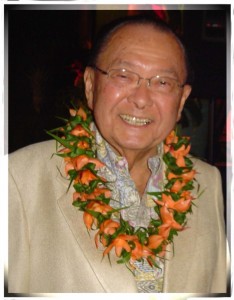 In his address during today’s hearing, Inouye said that reconciliation is long overdue.

Below is a complete transcript of Inouye’s testimony:

I would like to thank Chairman Dorgan and Vice Chairman Barasso for scheduling this important hearing today on a bill that Senator Akaka and I have worked tirelessly on for the past 10 years.

So much of what we are here to consider today arises from events that took place long ago.Â On January 16, 1895, the United States Minister John L. Stevens, who served as the Ambassador to the court of Queen Liliuokalani, directed a marine company on board the U.S.S. BOSTON to arrest and detain Queen Liliuokalani.

She was placed under house arrest in her bedroom at Iolani Palace for nine months.Â  This event was engineered and orchestrated by the Committee of Public Safety, which consisted of Hawaii’s non-Native Hawaiian businessmen, and with the approval of Minister Stevens.

President Grover Cleveland appointed James Blount to conduct a special investigation in Hawaii and write up his findings.Â  His report was the first report that provided “evidence that officially identified the United States’ complicity in the lawless overthrow of the lawful, peaceful government of Hawaii.”Â  In contrast to the Blount report a year later the Senator John T. Morgan, Chairman of the Committee on Foreign Relations also issued an investigative report that said the United States did no wrong.Â  This was clearly written to exonerate the parties involved.

On January 17, 1895, Queen Liliuokalani temporarily yielded her authority to the United States.Â  A new government, the Republic of Hawaii, was established and requested annexation by the United States.Â  But after examining the circumstances and events leading to the illegal overthrow, President Cleveland refused to annex the Republic.Â  In 1898, President McKinley, unable to obtain the necessary Senate consent to ratify a treaty of annexation, signed a Joint Resolution annexing Hawaii as a United States’ territory.

As part of the annexation agreement, former crown lands were transferred to the United States.Â  Discussions on the status of Native Hawaiians immediately began throughout Hawaii, for this was their land, their government, and their people, but they were now outcasts.Â  In 1921, Hawaii’s delegate to Congress, Prince Jonah Kuhio Kalanianaole, led Congress in enacting the Hawaiian Homes Commission Act of 1920.Â  In adopting this Act, Congress compared its relationship with Native Hawaiians to its relationship with Indian tribes and relied on this special relationship to return certain crown lands to the Territory for the benefit of Native Hawaiians.

For those of us born and raised in Hawaii, as I was, we have always understood that the Native Hawaiian people have a status that is unique in our State. Â This status is enshrined in our State Constitution and is reflected in the laws of our State. Â It is found in well over 188 federal statutes including the Hawaii Admissions Act. Â This unique status reflects our deep gratitude to the native people who first welcomed us to their shores and who gave us the opportunity to live in their traditional homelands.

Mr. Chairman, in my 30 years of service on this committee, I have been fortunate to learn a bit about the history of our country and its relations with the indigenous, native people, who occupied and exercised sovereignty on this continent.

As a nation we have changed course many times in the policies governing our dealings with Native people. Â We began with treaties with native people, and then we turned to war. Â We enacted laws recognizing Native governments, and then we passed laws terminating our relationships with those governments. We repudiated our termination policy and restored our relationships with Native governments. Â Finally for the last 39 years we adopted a policy of recognizing and supporting the rights of this nation’s First Americans to self-determination and self-governance. Â We have been firm in our resolve to uphold that policy.

Lastly, the courts have concluded that termination can only be reversed by an act of Congress. Â Reconciliation is long overdue and I look forward to continuing to work with the Administration and my colleagues to ensure that the Native Hawaiian people are given their right to self-determination and self-governance back.