Federal funding has been secured to launch a coral reef study on Maui.Â  Congresswoman Mazie Hirono requested the $184,815 to help identify the causes of the dramatic decline in the health of the coral reef in Maui’s Ma’alaea Bay. 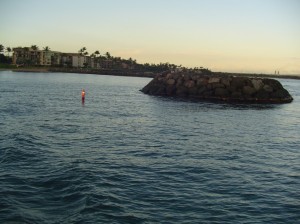 The likely sources of pollution identified as possible contributing factors include but are not limited to:Â  nearby agricultural production, livestock grazing, migration of wetland biomatter, boating activities, electrical plant operations, and wastewater disposal methods.Â  That according to information released by Congresswoman Hiriono’s office.Â  Additionally, overfishing of reef fish that graze on algae may also contribute to the decline in overall reef health.
The goal of the project is to provide the public with long-term planning tools to better protect coral reefs throughout the State of Hawaii.Â  The effort will include the investigation, interpretation and publication of the causes and effects of the decline in Ma’alaea Bay’s healthy and complex reef habitat.

“I am proud to have secured this important funding for the County of Maui as we must do everything we can to protect our islands’ bays and beaches,” said Congresswoman Hirono.Â  “In 1972, Ma’alaea coral reefs were described as striking in their diversity and in the presence of rare coral species. In just a few decades, the reef has been transformed from a healthy and diverse coral ecosystem to a badly degraded habitat overgrown by algae, with little surviving coral. This study should answer the question of why and of what we must do to reverse the degradation of the reef,” said Hirono.

The County of Maui will administer the grant. The funds were included in the FY2009 Omnibus Appropriations bill (H.R. 1105) that was signed into law on March 11, 2009.

Thousands to be Honored With Kalaupapa Memorial