The 45th Annual makawao Paniolo Parade will be held on Saturday July 3rd, 2010.  The parade begins at around 8:30 a.m. starting at the Baldwin/Makawao Avenue intersection and ending at the Eddie Tam Gym.  This year’s parade theme is “Heroes and Outlaws.” 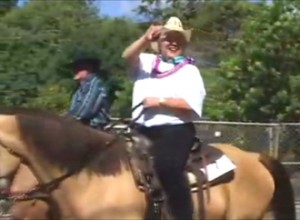 Roads will be closed from 8:45 to 11:30 a.m.  The closure extends from Baldwin Avenue at Kaluanui Road to makawao Avenue at Makani Road.

There is limited parking in Makawao Town.  Spectators are encouraged to park at the Eddie Tam Center.  There will also be an announcer next to Eddie Tam, at the end of the Parade this year.

Refuse Not Picked Up in Parts of Upcountry, Paia Due to Staff Shortage

Governor Lingle Pardoned 11 in first half of 2010