The University of Hawaii Maui College has a new vice chancellor for academic affairs.  Dr. Jonathon McKee was appointed to the post after gaining approval from the UH board of regents last month.  McKee joined the University in October of 2009 as an assistant dean of instruction and lead the college in its first accreditation review by the Western Association for schools and Colleges. 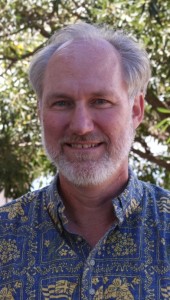 Upon the announcement, McKee said his interests and experiences are consistent with the college’s mission of expanding its Bachelors of Arts and Sciences programs and its emphasis on sustainability.

UHMC Chancellor Clyde Sakamoto commented on the appointment saying, “In the year since he joined UH Maui College, Dr. McKee has proved his executive leadership skills and become essential to the college’s success in fulfilling its multiple missions of workforce training to meet needs of employers today and preparation of young adults for the STEM career opportunities of the future.”

As interim vice chancellor of academic affairs, Dr. McKee has represented UHMC in preparation of University of Hawaii System strategic plans, worked with the Bellwether Consortium in developing a math redesign project at consortium colleges, and successfully recruited faculty for the new technology degree programs.

Prior to joining the UHMC administration, Dr. McKee was division dean for science and engineering at Portland Community College, where he had oversight over a range of science and technology programs — including basic sciences of biology, physics and chemistry, and information technology systems and engineering. His accomplishments at Portland CC include comprehensive plan for Green Technology program and curriculum development and outreach to Oregon high schools and middle schools in promoting science and technology education.

“I am excited to be selected as the vice chancellor for academic affairs for UH Maui College. It is a wonderful opportunity,” Dr. McKee said.  “I share Chancellor Clyde Sakamoto’s vision of UH Maui College being the best Island college in the world,” he said.

Originally from Stevenson, Wash., he holds a doctorate of education in community college leadership from Oregon State University. He earned a master of arts in teaching and his bachelor of arts in social science from Alaska Pacific University. His early career included service as executive director of an agricultural development project for Alaska natives, as project director for Habitat for Humanity in Bend, Ore., and as a consultant on a telemedicine grant application for St. Charles Medical Center in Bend.