Maui police arrested three people and recovered more than 2,000 grams (4.6 pounds) of crystal methamphetamine worth an estimated street value of more than $627,000 during a drug bust in Haiku last week.  Police executed a search warrant on a Haiku home at 12:30 p.m. Thursday, October 7, 2010.  There, they arrested two men and a woman on suspicion of Methamphetamine Trafficking I, Promoting a Dangerous Drug I, and two counts of Prohibited Acts related to Drug Paraphernalia. 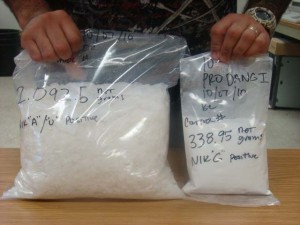 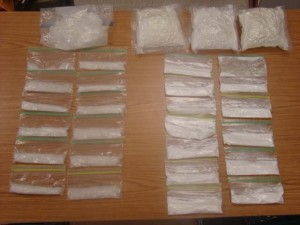 In addition to the crystal methamphetamine, police also confiscated 338.95 grams (.75 pounds) of cocaine worth an estimated $33,895.  Authorities also recovered plastic bags and containers that the drugs were discovered in.

Those that were arrested were released pending further investigation.  The arrests and confiscation of evidence was the result of an intense month long investigation and surveillance conducted by members of the Maui Police Department, Vice Division.  The investigation is ongoing and it is undetermined at this time if more arrests will follow. 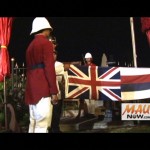 VIDEO: LAHAINA ROYAL HO'IKE: From the Keiki to Ka'iulani and the Crown 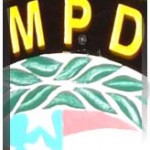