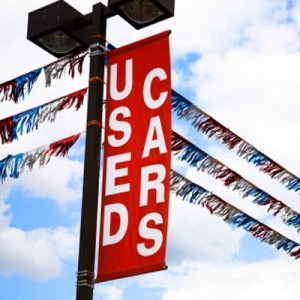 Perhaps unlike any other businesses or industries, the used car industry has been in quite the boom since everything else seemingly went bust.  CarMax, one of the biggest used car retailers in the world and the largest in the United States, will add an additional 1,200 jobs for seasonal and planned long-term expansion.

The company is hiring primarily sales staffer and service workers to help expand its business and prepare for a normally busy holiday season.  Those seeking out a job might just find a company they can enjoy, with CarMax ranked in Fortune Magazine’s “100 Best Companies to Work for” for several years running.

CarMax suspended its expansion plans in December 2008 after a downturn in the economy and questions about the viability of automakers created concerns about the future of the automotive business, both used and new.

This summer, three stores built earlier but left vacant were opened in Augusta, Georgia, and Dayton, and Cincinnati, Ohio.  By the end of 2012, the company hopes to have opened as many as 15 new stores.

CarMax was once a subsidiary of Circuit City.  The now defunct electronics retailer was seeking out new avenues for revenue when the executives pondered up a national used car retailer.  The company was later spun-off, and despite the downturn in the automotive industry, CarMax outlived the recession that ultimately broke Circuit City’s operations.

CarMax operates a number of lots with store space of generally 60,000 square feet or less that house as many as 300-400 used cars at any time.  Each store may sell as many as 3,000-4,000 cars per month, creating jobs for as many as 40 sales representatives who show cars to prospective buyers.

Unlike other dealerships, CarMax is in the business of both buying and selling cars, and is popular retailer among those who want to get cash for a car without haggling via private party, or trading it in for credit against a newer car.  While the company does allow for trade-ins, it acts as a virtual “pawn shop” for used cars, tendering offers on the spot that are good for up to 7 business days.

Cars must pass a rigorous 125 point inspection before a non-negotiable offer is made.  In a world of negotiation and arm twisting with dealership sales staff to get the best deal, CarMax takes the guesswork out of each transaction.

The new expansion should be plenty proof that at least some in the automotive industry are looking towards green while other companies fear red.