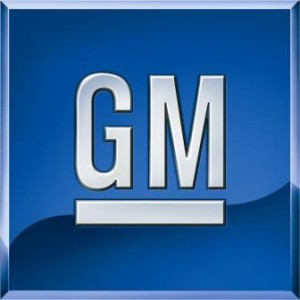 General Motors has a storied history.  The company has made everything from cars to trains, and even Frigidaire refrigerators and once employed nearly 350,000 workers.  But the thickest chapter of General Motors’ story may have been in the previous two years where it fell from automaking titan to bankruptcy, and today re-emerged with the largest initial public offering in world history.

In fact, in the past two days, General Motors expanded their initial public offering of shares by 31%, a testament to how much investors want to be part of the new, lighter, General Motors.  Since falling into bankruptcy courts less than two years ago, General Motors is now solidly in the black, and government bailout dollars will soon be restored when the US Government sells of part of its massive stake.

While General Motors has moved past some of the stigma attached to its name, it still has one more thing to shed:  it’s nickname.  At the height of the bailouts, General Motors was quickly dubbed Government Motors as the US Government traded cash for shares and helped guide the company through bankruptcy even as it was losing billions of dollars every quarter.

The initial public offering will reduce the US Government’s stake in the firm down from 61% to 33%, helping establish General Motors as an individual brand, not an arm of the US Treasury.   The government’s stake, once worth absolutely nothing at the height of bankruptcy negotiations is now worth some $30 billion.  The Canadian government’s stake will fall to 9.3% of the company, keeping total government ownership below the important 50% threshold.

While General Motors is the first of the automakers to experience a grand revival, (Ford has improved since 2009, but never declared bankruptcy) there are still three more auto industry titans to be restored.  Chrysler Group recently ended a restructuring battle with its main creditors, Ally Bank, formerly known as the General Motors lender GMAC, is undergoing its own restructuring, and supplier Dephi has to prepare for annual sales of 10-12 million cars instead of what was the usual 16 million plus cars per year.

Still, the resurgence of General Motors as a company worth nearly $50 billion marks a historic victory for the American automotive industry which was, little more than one year ago, practically extinct.