The $164.275 million new money bonds are tax-exempt under the provisions provided for within the American Recovery and Reinvestment Act (ARRA). While these private activity bonds typically need to be sold subject to Alternative Minimum Tax (AMT), ARRA provides an exemption to the AMT which is scheduled to end this year. The timing of this bond sale by year end has helped the Harbors Divisions realize approximately $24 million in savings with the advantage of this AMT holiday. The total interest rate on the new money bonds is 5.54 percent. In addition, the Harbors Division also refinanced $38.93 million of existing debt to take advantage of lower interest rates with new interest cost of 4.51 percent. This provided for debt service savings of over $2.5 million throughout the life of the bonds.

Moody’s Investors Service, Standard & Poor’s Ratings Service and Fitch Ratings affirmed the State’s bond ratings of A2, A+ and A+, respectively. To prepare for the sale of the bonds, the Department of Transportation and Department of Budget and Finance participated in multiple in-person investor meetings and conference calls. The State’s team, which included the state economist, participated in an investor outreach program that proved to be significant during the pricing of the bonds as all these investors ultimately submitted substantial orders for the harbors system bond sale. Despite a challenging market, the Harbors Division’s bond sale was well received by a variety of investors, with significant demand from retail investors. The sale received approximately $115 million in retail orders, many of which were from Hawai‘i residents.

Fitch Ratings noted the importance of the Harbors Division by citing its credit strength as a “natural monopoly position in providing essential maritime services for the movement of goods to and throughout the state; the stability of the state’s underlying economy through the downturn with signs of stabilization and return to growth … and a stable financial position buoyed by recently adopted tariff increases and expense reductions.”

“In this challenging market, the key to our success was working with Merrill Lynch in educating investor groups on the strengths of Hawai‘i’s commercial Harbors system,” said Michael Formby, interim director of the Department of Transportation.

The bonds were sold by a financing team with Bank of America Merrill Lynch serving as senior manager, and R.W. Baird and Piper Jaffray serving as co-managers.

(Information courtesy, State of Hawaii-Office of the Governor) 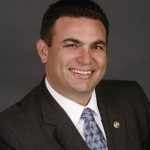