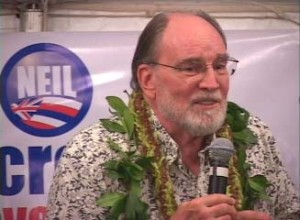 “Our campaign began a long conversation with the people of Hawaii that will continue in the Governor’s Office,” Governor-Elect Abercrombie said. “Our team will inform and engage the public with the goal of building community in Hawaii.”

Josh Levinson (Communications Director): Levinson will oversee the Governor’s communications team, coordinating all aspects of communications between the Office of the Governor and the public and state government. Levinson, the Field Organizer for the Abercrombie for Governor campaign, will be the third generation in his family to work for the State of Hawaii. Prior to the campaign, he was President and Chief Executive Officer of Community Links Hawaii. Levinson, 34, was the Deputy Director of a public interest advocacy firm in Washington, D.C., before moving back home to Hawaii with his wife and two young children. He is a graduate of Punahou School, Duke University, and the University of North Carolina, Chapel Hill.

Laurie Au (Deputy Communications Director): Au, Press Secretary for the Abercrombie for Governor campaign, will be the Deputy Communications Director.  She will be the team’s primary writer, policy researcher and member of the media strategy team. Au, 26, is a former reporter for the Honolulu Star-Bulletin and a graduate of Pearl City High School and the University of Maryland, College Park.

Donalyn Dela Cruz (Press Secretary): Dela Cruz is the Public Affairs Director for Bishop Museum and Senior Associate for the native advocacy firm, TiLeaf Group. She has also served as Press Secretary to U.S. Senator Daniel K. Akaka and Communications Director for the Democratic Party of Hawaii. Dela Cruz, 35, worked at KHON as a reporter, producer and associate producer. Dela Cruz, a graduate of Leilehua High School, received her Bachelor’s degree in journalism from the University of Hawaii at Manoa.

*** If you enjoyed this post, you may also find our story on Maui Mayor-Elect Arakawa’s Water Supply Pick interesting too.