Ranchers and livestock operators on all islands are being strongly encouraged by the state Dept of Agriculture to review their biosecurity practices to prevent the Foot-and-Maui Disease from being transmitted to their farms and ranches.

The Hawaii Department of Agriculture is again alerting travelers to and from S. Korea to be careful not to transport a notorious livestock illness, Foot-and-Mouth Disease (FMD), to Hawaii. They are also being advised to be vigilant for symptoms of the disease.

With the increased flights from South Korea, and due to the worldwide popularity of agro-tourism, which has become an important diversification for many livestock operations, there is an increased risk for entry of foreign diseases via human carriers.

“FMD is one of the most feared animal diseases because it is easily transmitted and would be economically devastating to livestock industries,” said Foppoli.  “While Federal law prohibits the movement of livestock from foreign countries directly to Hawaii, the potential for human transmission is of significant concern.”

FMD is a highly contagious viral disease of cattle, swine, sheep and other cloven-hoofed animals.  Although humans are not susceptible to the disease, unsuspecting travelers may transport the virus to non-infected regions.  To date, FMD has not been detected in the U.S.

A similar advisory by the State Veterinarian Dr. James Foppoli was issued in May 2010 when both S. Korea and Japan were experiencing FMD outbreaks.  Extreme disease control efforts in Japan resulted in the outbreak being declared over in October 2010. This latest outbreak in S. Korea was reported in December 2010 and so far, more than 1.7 million animals have been culled and more than 1 million animals have been vaccinated to try and stop the spread of the disease.

“We are advising recent travelers to and from South Korea to refrain from visiting Hawaii farms, ranches and zoos,” said James Foppoli, state veterinarian with the Hawaii Department of Agriculture.  “Travelers going abroad, especially to countries in Asia, should avoid contact with animals, or areas where animals have been held, for at least five days before returning to Hawai`i and should avoid contact with animals for at least five days after returning to Hawaii.”

Agriculture officials in S. Korea are scrambling to contain the disease, which can be spread from animal to animal, by animal products including meat products, by the wind, on the wheels of vehicles and on human clothing.

Controlling the movement of food, people and their activities related to contact with livestock is important with respect to FMD.  Increased emphasis is being placed on disease surveillance at all international ports, including Hawaii.

Precautions that travelers may take include:

Because the FMD virus may be carried on other animals, HDOA’s Airport Animal Quarantine Holding Facility may bathe certain dogs and cats arriving from S. Korea.

During the S. Korea and Japan break in early 2010 and HDOA established a FMD website to keep local livestock ranchers informed and updated.  Information on biosecurity and disease detection are also posted at: http://hawaii.gov/hdoa/ai/ldc/current-animal-disease-information

Symptoms of FMD include fever, blister-like sores on the tongue and lips, in the mouth, on the teats and between the hooves and can be confused with several other animal illnesses.  Whenever blisters or other typical signs are observed, laboratory tests must be completed to confirm the disease.  Most animals recover from FMD, but it may cause extreme weakness and severe losses in the production of meat and milk. 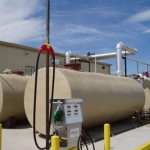