The annual report filed by the Department of the Attorney General notes that of the applications processed in 2010, more than 95% were approved; 3.6% were approved, but voided after the applicants failed to return for their permits withing a specified time frame; and 1% were rejected due to disqualifying factors. 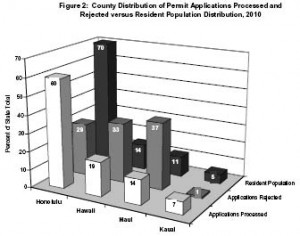 It is a felony in the State of Hawaii to provide falsified information on firearm permit applications. 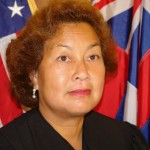