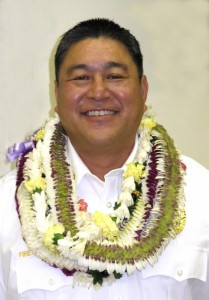 The Maui Department of Fire & Public Safety has announced the appointment of Lee Mainaga as the department’s new Public Information Officer (PIO).

Mainaga currently serves at the Fire Services Chief, a post he was promoted to in January, 2010. His PIO duties are in addition to his Fire Services responsibilities.

FS Chief Mainaga will be the primary contact for communications during large scale fire incidents that require the establishment of an incident command center.

Mainaga, a 20 year veteran of the department, joined the Maui Fire Department on March 16, 1990. FS Chief Mainaga has served in various capacities throughout the years at stations in Lana’i, Kihei, Pa’ia, Wailea and Hana. 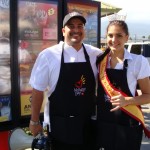