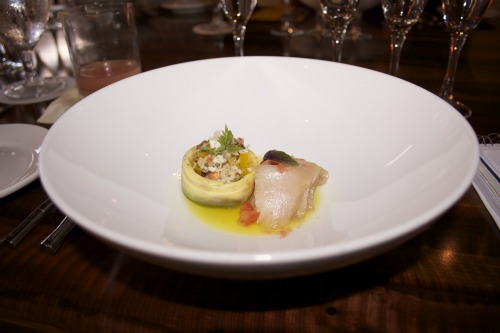 Gone are the days when tequila was merely regarded as a get-drunk-fast fix, preferably chased with lime and salt, and urging you to slur your words and belt out bad karaoke tunes.

Not that tequila isn’t fun anymore.

Up to 30 guests were seated at long communal tables in an open-air setting with four long-stemmed glasses for their tequilas placed before them. Just the sight of the glasses signaled to diners that tonight these fine spirits would be sipped and savored. 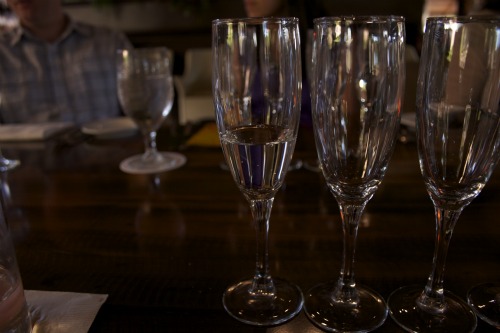 Tequilas were poured in long-stemmed glasses as opposed to shot glasses to encourage sipping and savoring. Photo by Erica Garza. 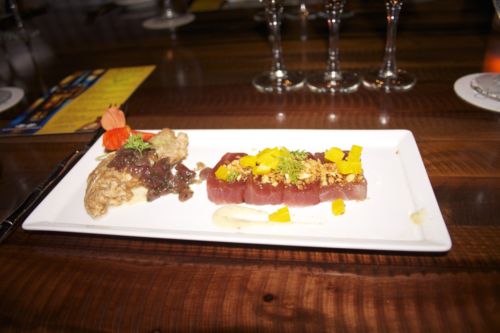 Tequila Ambassador for Don Julio, Kevin Vanegas, was also in attendance, introducing each of the tequilas, which consisted of Blanco, Reposado, Anejo and Anejo 1942.

The first tequila, the Don Julio Blanco, came out with a sangrita chaser, typically served in Mexico alongside tequila blanco to highlight its crisp acidity. Served in a hollow cucumber, the red, peppery sangrita was citrusy yet full of spice and cleansed the palate smoothly between each sip of tequila.

The appetizer paired with the Blanco consisted of kombu cured Hamachi sashimi, Hawaiian lobster ceviche with lobster caught straight for Humu’s own pond, opal basil and kula tomato shaved ice emphasized with fiery notes of habanero and the smooth consistency of avocado.

The next tequila was the Don Julio Reposado, aged for eight months, a smooth and sweeter spirit with hints of vanilla. This was served with the first course, an ahi tostada alongside a burrata cheese-stuffed zucchini blossom topped with white sesame aioli and pickled baby beets, resulting in a toasty, textured flavor with traces of garlic and soy balsamic.

To cleanse the palate for the next innovative creation by Bancaco, a martini glass came out bearing Don Julio Blue Agave-ginger ale and lychee sorbet, a refreshingly tart intermezzo.

Next up was the Anejo, a complex spirit aged 18 months that had contrasting notes of spicy vanilla and cinnamon together with strawberry and cherry fruitiness. This silky, full-bodied tequila was served with the main course, a carne asada, or beef cheek, topped with 5-spiced churros, crispy Kula brussel sprouts and Thai bird chile mole. The chocolate spiciness of the mole was the perfect companion to the sugary, fluffiness of the churro and the carne asada struck the perfect chord of tenderness and meaty flavor. 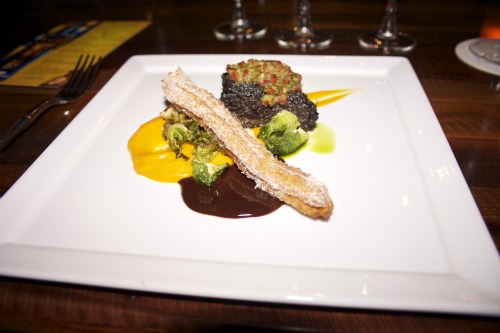 The last tequila was the Anejo 1942, the crème de la crème of tequilas commemorating the anniversary of Don Julio and made from agave bred on the islands of Jalisco. Nutty and sweet, the Anejo 1942 coats the palate in roasted agave flavors and hints of tropical fruits.

Diners were then led out to private cabanas by the ocean’s front to enjoy passion lime pie with sea salted caramel sauce and assorted chocolate truffles and mini cookies under the starry Wailea sky. And each guest received a gift bag with Don Julio memorabilia to honor their newfound tequila admiration.

Maui Now covers the latest food news and events throughout the island and appreciates suggestions. Please send tips or feedback to [email protected]. 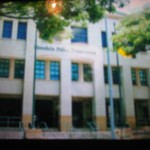