Festivities begin at 9 a.m. and continue until sunset on Saturday, June 18, 2011.  The event includes a parade down Front Street, a ho’okupu ceremony at Moku’ula, and a ho’olaulea at Kamehameha ‘Iki Park in West Maui.

The ho’olaule’a will include exhibits and tours by Friends of Moku’ula, Hui O Wa’a Kaulua, The Royal Guard and Lahaina Restoration Foundation, Makahiki Games with Kula Kaiapuna ma Nahienaena, a pa’u and parade entry awards presentation, food booths, Maui made crafters and entertainment.

Event organizers are still seeking parade participants. Applications for Walking or Marching Units, Floats, Decorated Vehicles, and Pa’u Princess Units can be downloaded at the website for the State Commission for King Kamehameha Celebration. 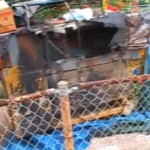 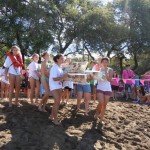