VIDEO: Could Maui be the Next Silicon Valley?

Could the County of Maui foster the right environment to sustain the next Silicon Valley start-up venture?  With a Super Computer, High Tech Park, and world-class beaches, Maui’s unique mix of sun, sand and sophistication has some testing the waters of technology in the middle of the Pacific.

More than 100 of the nation’s top technology business people gathered on the shores of Maui last week not only to soak in the sun, but to forge some networking friendships with other entrepreneurs and innovators in the tech industry.

The group included both national and international participants, “so there were a lot of people that were here from other countries as well,” said Mayor Arakwa, “but they all had one thing in common–they all know how to talk big-business, and they know how to talk about attracting big money.”

In an interview with Forbes magazine last week, Mayor Alan Arakawa discussed how Maui might fit in attracting the next era of techies.

“We also got to get a lot of insight on what members of the tech industry would need in order for us to be able to get them to move here to do their businesses,” said Mayor Arakawa.

Arakawa said some of the areas that incubator companies and entrepreneurs might find attractive is if there were unique opportunities for housing as well as, “connectivity to our tech park, and our super-computer, to be able to generate a cumulative group that will have enough of a nucleus to be able to feed on one another, and be able to expand their ability to network here on Maui,” said Mayor Arakawa.

Arakawa said the County has already formed a committee of more than 30 people that have been working on attracting members of the high-tech industry to Maui.  Staff members of the Arakawa administration along with, Teena Rasmussen, Maui’s Economic Development Coordinator, have been tapped to work with members of the group to formulate a package.

“It’s going to be very interesting to see what we come up with to be able to attract these movers-and-shakers,” said Mayor Arakawa.

Arakawa said the goal will not only be to provide a viable resource, but a new economic development engine for Maui.

Dinner At Nick’s During Restaurant Week In Wailea 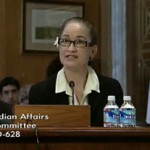