It was hardly pretty, but fans of Hawaii football will gladly take any type of victory on the road.  Even an ugly triumph against a one-win team like Idaho.

A 35-yard field goal by Kenton Chun with 32 seconds left lifted UH to a 16-14 victory on Saturday.  The Vandals had one last shot at salvaging an upset, but missed on a 53-yard field-goal attempt with eight seconds remaining.

On day during which its one-dimensional offense struggled to put points on the scoreboard, Hawaii relied on a strong defensive effort in improving its records to 5-3 overall and 3-1 in the WAC.

Linebacker Aaron Brown was the top defensive performer for UH, registering nine tackles, intercepting a pass and breakng up another.

Nevada stayed atop the WAC with a 3-0 mark thanks to a 48-34 win at New Mexico State.  Louisiana Tech defeated visiting San Jose State 38-28 to remain tied for second place with Hawaii at 3-1.

UH’s maligned place kicking unit delivered.  Chun earlier made a 27-yarder for a 10-7 lead. Tyler Hadden, the team’s long-range kicker, converted a 47-yarder with less than a minute before halftime for a 13-10 edge.

UH is home this week, facing Utah State on Saturday.  The Aggies, coming off a bye, are 2-5 overall and 0-2 in the WAC.  Their record is deceiving.  Utah State has been hard-luck losers in road games against defending national champ Auburn, in overtime against Colorado State and suffered a last-second loss at BYU. 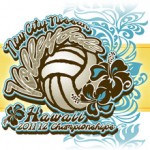