Blessed Mother Marianne Cope has been approved for canonization as a saint by Pope Benedict XVI.

The announcement was made yesterday by the Vatican, her sisterhood, and the Roman Catholic Diocese of Honolulu.

Bishop Silva described Cope as a woman of “great intelligence, dedication and love.”

“Her sainthood is meant to inspire us all to hunger, as she did, for the work of serving the poorest among us in the most trying of circumstances,” said Bishop Silva. “Her impending canonization will give us courage to face the severe social and physical diseases that eat away at our society,” he said.

Mother Marianne was a member of the Sisters of St. Francis of the Neumann Communities. She entered religious life in 1862 in Syracuse, N.Y.

In 1883, Mother Marianne was the only one out of 50 religious leaders to respond positively to an emissary from Hawaii with a request for Catholic sisters to provide health care in Hawaii, especially to patients with Hansen’s disease.

Mother Marianne’s road to sainthood officially began in 2003 when she became the Venerable Marianne Cope. At the time, the Vatican Medical Board, theologians, cardinals and bishops at the Congregation for the Cause of Saints, unanimously affirmed Mother Marianne’s heroic virtue.

In 2004, and again in 2011, the Vatican Medical Board ruled unanimously a miracles had occurred resulting in inexplicable medical recovery. In both cases, theologians attributed the miracles to the intercession of Venerable Marianne Cope.

In 2005, Mother Marianne Cope was proclaimed “Blessed” during a ceremony at St. Peter’s in Rome.

With the recent proclamation by the Pope, Blessed Marianne becomes a saint, with the canonization ceremony expected to take place in 2012. 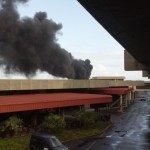 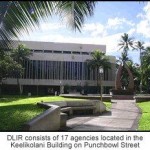