The paddling community is mourning the loss of a longtime member after William “Kalanikai” Gonzales was struck by a small boat in waters off of West Maui today.  Gonzales suffered fatal injuries in the incident.  It’s believed he was preparing lanes for paddlers to use in canoe practice at the time of the incident. ***An UPDATED STORY is now posted.

Maui police say a Lahaina man who was struck by a boat while diving in waters off of West Maui has since died of his injuries.

The man has since been identified as 60-year-old William Gonzales.

According to Maui Police Lt. Wayne Ibarra, Gonzales was diving in waters off of Wahikuli Wayside Park near Hanakaoo in Lahaina, when he was accidentally struck by a 19-foot ski-boat recreational watercraft.

Gonzales sustained injuries to both legs as a result of the incident, reported at around 11:30 a.m.

He was transported to shore by a Lifeguard jet ski and then transported by medics to the Maui Memorial Medical Center, where Maui police say he succumbed to his injuries and expired.

A 60-year-old Lahaina man suffered critical, life-threatening injuries, after being struck by a boat while diving in West Maui.

According to Mainaga, the man suffered injuries to his lower extremities.

First responders brought the man to shore aboard the department’s Jet Ski, and transported the man by ambulance to the hospital.

Also responding to the scene was Engine 3, Ladder 3 and Jet Ski three, all from Lahaina. 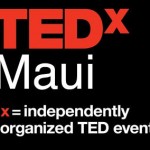 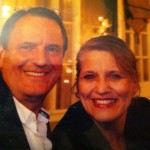