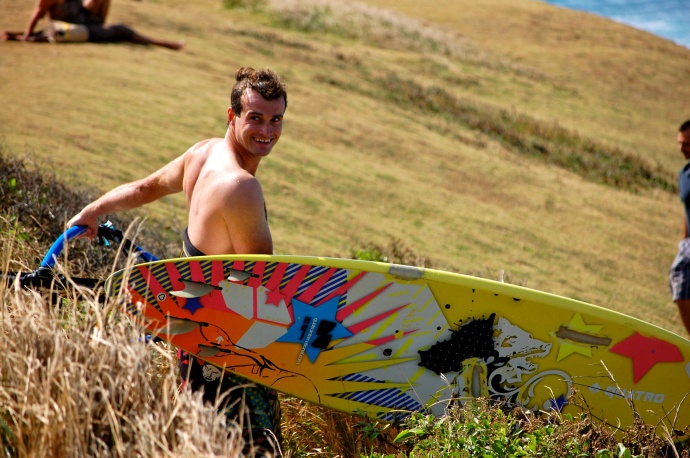 With mast-high waves and winds over 25 mph at Hookipa Beach on Saturday, February 11, windsurfers took the risk as a challenge and sailed out.

Seasoned windsurfers Josh Stone, Francisco Porcella, Morgan Noireaux, Aurelien Nicoul, and 13-year-old Harley Stone were able to use the feisty gusts to their benefit to catch some of the best waves of the day.

“It was really scary out there today. It’s not so much the size of the waves but the combination of strong currents, the way the waves are breaking, and strong wind that makes it really difficult to maintain control.”

After her session, Angulo watched her husband from the beach, cringing in concern as he performed one daring aerial after another in the choppy water an blustery weather.

Hookipa Lifeguard Andy said that he had not seen any injuries that day, but that he had assisted one unfortunate windsurfer in the “rock garden” area of Hookipa, where many windsurfers have been compromised in the past.

The windsurfer had gotten caught in a rip current as he tried to swim back to shore with a broken rig, crushed from the impact of the waves and wind during his session. 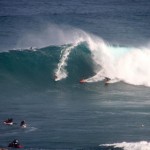 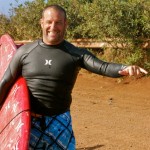