The Protect Kaho‘olawe ‘Ohana will testify in strong opposition to Senate Bill 3056, during a hearing before the Hawai‘i State Senate Committee on Water, Land and Housing.

SB 3056 was drafted to strengthen oversight of the Kaho`olawe Island Reserve Commission to assure that the Commission’s activities and responsibilities are carried out with due regard for the cultural and historic importance of Kaho`olawe, and with appropriate concern for public safety.

Members of the Protect Kaho‘olawe ‘Ohana contend the reserve was intentionally left out of the DLNR inventory because it was specifically set aside by the state and elected representatives, as a piece of sovereign soil, belonging to the Hawaiian Nation.

Supporters of the Protect Kaho‘olawe ‘Ohana will present testimony at the hearing at 1:45 p.m. on Tuesday, February 14, 2012, at the State Capitol in opposition to the bill.

The group was formed in 1976, with a mission is to promote Aloha ‘Āina throughout the islands through cultural, educational and spiritual activities that heal and revitalize the cultural and natural resources on Kaho‘olawe.

The group is among the organizations represented on the Kaho‘olawe Island Reserve Commission to develop policy and oversight.  Others represented include the County of Maui, DLNR, and other Hawaiian organizations.

***An earlier version of this post stated that the bill “also proposes the removal of the special sovereign status of Kaho‘olawe.”  The information was provided in a press release issued by the Protect Kahoolawe Ohana; however we have since received communication from state senators who support the measure who contend that the statement is incorrect.

Supporters of SB 3056 say the item was drafted to strengthen oversight of the Kaho`olawe Island Reserve Commission to assure that the Commission’s activities and responsibilities are carried out with due regard for the cultural and historic importance of Kaho`olawe, and with appropriate concern for public safety.

The Office of Hawaiian Affairs submitted written testimony in opposition of the measure stating, “SB3056 would turn the original intent of Chapter 6K on its head and would strip management oversight for the island from the entity that has successfully cared for the island for nearly 20 years.”

Opposition was also recorded from Molokai resident Stacy Helm Crivello, who stated, “The introduction of SB 3056 erodes the original intent of the 1993 State Legislature’s intent of establishing KIRC as a separate cultural reserve and trust for eventual transfer to the sovereign Hawaiian governing entity.”

DLNR Chair William Aila Jr., took no position on the matter, but noted that, “Last year the Legislature passed a bill (Signed into law as Act 195, Session Laws of Hawaii 2011) to begin the recognition process of this new entity. It would be premature to transfer the Kaho’olawe Island Reserve to the Department while this process is occurring,” he said.

Kahoolawe Island Reserve Commission Executive Director, Michael Naho’opi’i said he would refrain from taking a position on the matter until a public meeting planned on Thursday (Feb.16).

Further consideration of the bill has been scheduled for February 16, during the Committee’s meeting at 1:15 p.m. in room 225 at the State Capitol. 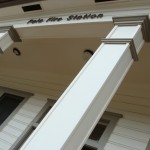 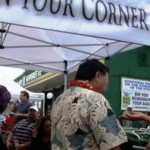 BRIEF: County on Your Corner