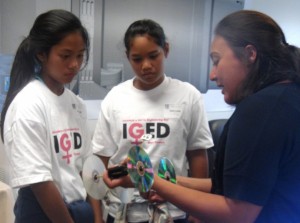 Now in its eleventh year on Maui, Introduce a Girl to Engineering Day (IGED) will kick off on Saturday, February 18th, in conjunction with National Engineers Week, February 19-25, 2012.

IGED is an annual event held across the nation to expose girls to the male-dominated field of engineering and encourage them to become engineers themselves.

The Maui Economic Development Board’s Women in Technology (WIT) Project, has again teamed up with the Maui Chapter of the Hawaii Society of Professional Engineers, the

County of Maui and other local engineering firms to host worksite job shadowing and promote positive messages about math and science. For the past 11 years, WIT has hosted over 250 middle school girls for the engineering event. 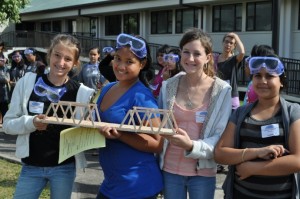 An Engineering in the Middle event featured the Iao Intermediate popsicle bridge team. Courtesy of WIT/MEDB.

According to WIT Project Manager Mapu Quitazal, women still represent less than 5% of engineers in Hawaii and studies predict there will be a further shortage of engineers in the next two decades.

“The sooner we get girls engaged in the field, the faster they can begin learning the skills to compete for these high-paying, in-demand engineering jobs. This is the number one career parents should be encouraging their girls to pursue,” she said.

This year IGED begins on Saturday, Feb. 18th with Engineering in the Middle (EIM), now in its third year on Maui. Five local middle schools and over 75 students will be participating in the hands-on learning activities. The five schools are Lokelani Intermediate, Maui Waena, Iao, Kalama and Molokai Middle.

WIT will be sponsoring the first place winners of the Popsicle Bridge and Marshmallow Launcher competitions at the University of Hawaii Manoa’s Jr. Engineering Expo in March.

On February 22nd, Maui Electric Company will host 12 girls to shadow engineers at their central plant who will inspire them to build their own circuit boards.

On February 23rd, the County of Maui, Wastewater Reclamation Division will host ten girls. Girls will be introduced to civil engineering, tour the wastewater treatment plant and learn why the wastewater plant plays such an important role in Maui County.

On February 24th, WIT will host 40 girls at the UH Maui College for the Introduce a Girl to Engineering Day Expo. This IGED event is designed to help the girls understand the various types of engineering backgrounds from mechanical engineering to renewable engineering. The day will end with the girls learning to sew an LED light bracelet.

Project, in partnership with the County of Maui, and the Maui Chapter of the Hawaii Society of Professional Engineers. 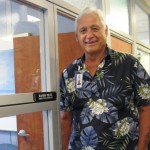 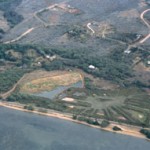