A seismic swarm first recorded early Wednesday morning has resulted in more than 100 earthquakes between the Kilauea and Mauna Loa Volcanoes on Hawai’i Island.

Officials at the US Geological Survey’s Hawaiian Volcano Observatory say the event started at 1:17 a.m., HST, on Wednesday, February 22, 2012.

“It’s likely that high rates of seismicity could continue in this area for several days,” said HVO Scientist in Charge, Jim Kauahikaua. 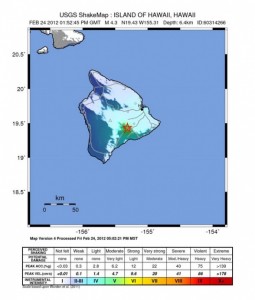 Kauahikaua said the earthquake swarm has not caused any obvious changes in Kilauea’s magma plumbing system or ongoing eruptions; but that the magnitude 4.3 quake did cause a small rockfall in the active vent located within Halema‘uma‘u Crater at the summit of Kilauea.

HVO officials say the earthquakes are located about 3 miles north-northwest of Kilauea volcano’s summit, near Namakanipaio in Hawai‘i Volcanoes National Park, at depths of 1 to 3 miles.

At the Hawaii Volcano Observatory building, which is located less than 2.5 miles from the swarm center, staff reported fallen books, and some small ceiling fixtures were dislodged.

According to HVO officials, the earthquake swarm is located at the north end of the Ka‘oiki Pali, near the boundary between Mauna Loa and Kilauea volcanoes. 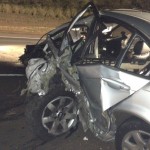 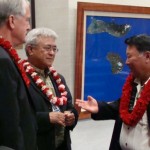