The also  placed first in the Sweet 16 Broadcast Journalism contest, in which the team was given 16 hours to complete production on an entire broadcast based on a one-word topic.

Across the state, Hawaii schools brought home a total of 23 awards.

The Student Television Network Convention is a nonprofit organization that supports, promotes, and recognizes excellence in scholastic broadcasting, creative video and film making, and media convergence.

Below is a breakdown of awards by school:

An estimated 1,900 students and teachers from middle and high schools across the nation attended the STN Convention.  The convention included breakout sessions taught by industry professionals.

Professionals within the television news industry judged the onsite contests. 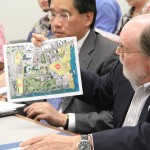