A new national scorecard ranks Honolulu at the top for the worst traffic for a large metropolitan city.

According to the annual INRIX Traffic Scorecard, drivers in Honolulu waste 58 hours in traffic, with the worst time to travel being on Tuesdays after work from 5:15 to 5:30 p.m.

The survey ranked the city worse than both LA and New York City.

Those who prepared the document say the results are indicative of a “Stop-’N’-Go Economy” where lack of employment combined with high fuel prices is keeping Americans off the roads.

“In America, the economic recovery on Wall Street has not arrived on Main Street,” said Bryan Mistele, INRIX president and chief executive officer. “Americans are driving less and spending less fueled by gas prices and a largely jobless recovery.”

Another portion of the scorecard ranked US Traffic Patterns and Worst Traffic Corridors.  At the top of the list was a 13-mile stretch of freeway in Los Angeles.

The section of road on the San Diego Fwy/I-405 north-bound from the I-105/Imperial Hwy interchange through the Getty Center Drive exit, the report states, takes 33 minutes on average, with 20 minutes of delay.

Nationwide, the report notes that Americans traveling the nation’s worst traffic corridors experience up to 60 hours of delay annually on their afternoon commutes alone. 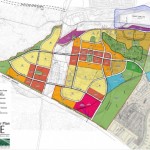