Maui Mayor Alan Arakawa signed a bill into law that establishes new regulations for short-term rental accommodation saying it was a “long time in coming.”

The Maui County Council voted to approve the bill on Monday by a vote of five to one.

Although the bill went into law yesterday, the public is asked to refrain from submitting applications until June 1st. The delay is to allow the Planning Department time to prepare for what they expect to be a “flood of applications.”

Mayor Arakawa said the legislation should protect residents from noisy rental operations while at the same time allowing legitimate rentals a way to conduct their business.

Council member Don Couch, Chair of the Council Planning Committee described the bill as a tool to “protect the character of neighborhoods while allowing an industry that has been in the background to come out in the open and provide jobs for Maui’s small businesses.”

“This bill has been in the works for about 15 or 20 years now,” said Mayor Arakawa who acknowledged the work that went into the legislation, particularly from Council members.

Planning Director Will Spence said that with the implementation of the bill, he hopes to see significant compliance over the next several months. 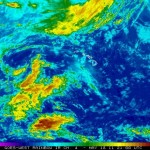