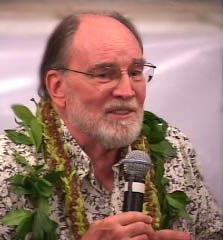 Yesterday, Governor Neil Abercrombie issued a “declaration letter” to the US Health and Human Services Center for Consumer Information and Insurance Oversight, verifying that the Hawai’i is establishing a state-certified health insurance exchange called the “Hawai’i Health Connector.”

This declaration makes Hawaii the first state in the country to declare a state-based insurance exchange and keeps Hawaii on course to open its exchange on January 1, 2014. The establishment of the Hawai’i Health Connector meets the provisions of the federal Patient Protection and Affordable Care Act of 2010 (a.k.a “Obamacare”).

“Hawaii looks forward to working collaboratively in order to ultimately obtain approval for state-based exchange and to ensure the Connector’s operational readiness for 2014,” stated Governor Abercrombie.

Maui Senator Roz Baker, along with 12 senators, introduced the bill to establish the exchange. 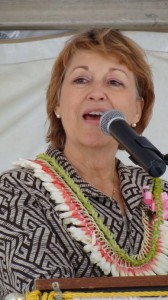 “I think it is important that Hawaii control the shape and program of an exchange operating in Hawaii rather than have one operated by the federal government.  That’s why we were pro-active in establishing the framework for Hawaii’s Health Exchange, the Hawaii Health Connector.

“I’m delighted that the governor formally notified the Department of Health and Human Services that Hawaii intends to have its exchange up and running by the deadline in 2014. His announcement is the formal acknowledgement to the feds of the work that began here in fall of 2010,” said Baker.

While some states are opting for federal facilitation and control of their exchanges, Coral Andrews, the executive director of the Connector, said that the focus of the Connector in Hawaii is not going in this direction, “We’re very focused on establishing the exchange as state-based, ensuring that the Connector is of Hawai’i and for Hawaii.”

Hawai’i Health Connector, a private, non-profit corporation and a recognized quasi-governmental agency, was established by Hawai’i Act 205 in 2011. Its web portal will serve as a one-stop-shop where individuals and small business can find, compare and purchase the best, most economical health insurance plans available to them.  The Medicaid eligibility system will be integrated into the exchange.

“The exchange is an internet marketplace to connect folks without insurance (in the individual and small group market initially) to plans that they can afford.  Coupled with our Pre-Paid Healthcare Act which we also affirmed last session, the exchange will insure more of Hawaii’s people,” said Baker.

“Because of Pre-Paid and our efforts to cover children, Hawaii has one of the lowest uninsured rates in the country. The exchange and the navigator program will assist folks in making an informed health insurance decisions and will expand insurance coverage for even more.

“Ultimately, folks who may be Medicaid eligible will be able to use the Hawaii Health Connector portal (that’s what our exchange is called) to determine their eligibility for Medicaid or one of the other federally subsidies available to help make plans more affordable.

“The would mean more insurance business for our local companies and hopefully help drive down costs because people could access care and not wait until they needed to go to an emergency room to get the most expensive care.”

Baker also said that she would continue to assist the Hawaii Health Connector as it moves to implement the provisions of the Affordable Care Act. Baker is a member of the Governor’s Transformation of Healthcare initiative and also sits on a planning team with the Department of Health and Human Services.