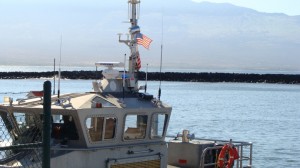 Crews from the US Coast Guard and members of the Maui County Police Department responded to four kayakers in distress off Moloka’i, over the weekend.

The incident was reported at around 7 p.m. on Saturday, off the northwest coast of the island near the Kaluako’i Villas.

When aircrews from Air Station Barbers Point arrived on scene, they located one of the kayakers and hoisted him into the helicopter.

The other three individuals were found safely onshore by members of the Maui Police Department.

Coast Guard officials say the case was successful due to the kayaker’s use of a VHF radio and a life jacket.

Authorities say VHF radios provide the most reliable communication for those on the water, and strongly recommend their use aboard vessels. 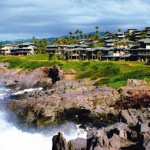