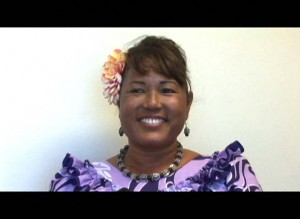 Interview and transcription by Wendy Osher

Aloha.  My name is Elle Cochran and I am the current West Maui County council representative.  This season I am running un-opposed, but that doesn’t give me the excuse to sit on my laurels and ignore my community.  So, I continue to be out in the limelight getting involved with community events and talking to people and learning more about issues and concerns county-wide.  That’s kind of what I’ve been doing, and not much different from last campaign season, just that I don’t have to plaster the island with a bunch of signs and banners, but the importance is keeping the outreach and visibility and engagement with the community.

Question 1:  What are your thoughts on the return of Halloween to Front Street? Are you in support of or against its return and why?

I was born and raised in Lahaina, so I was born and raised around Halloween; and it’s always never been an issue until recently.  So, I am very supportive.  I believe it brings in our needed business to the restaurants and businesses in town.  It creates a great venue for children and adults alike to celebrate that particular holiday, and judging from last Halloween, I believe this administration really cracked down and put a lot of time and energy into making sure it was a safe environment for everyone.  Of course there’s always kinks to be worked out, but I thought that the administration did an admirable job.  I was there at Campbell Park for the whole evening and saw the comings and goings–and pretty much noticed everyone had a good time and enjoyed themselves.  I am definitely for it, but then I am also very supportive that we make sure the cultural sites and cultural areas are protected and not disrupted during that evening.  I think the mayor’s example last year proved out, and I look forward to this year’s event to be a better more improved event also.

Question 2:  What are your thoughts on injection wells and what can the council do to ensure the protection of near-shore waters?

That’s definitely a subject near and dear to my heart–injection wells.  During my first term–this current term–I am the chair of Infrastructure and Management, so injection wells falls directly in line with that particular committee.  The first budget season, I really tried to educate fellow council members and the budget committee about the importance of phasing out the injection wells.  I didn’t want to delve into the whole environmentalism, good or bad or anything–a lot of research is being conducted as we speak, so I didn’t want to go there because it gets controversial, but I wanted to and did highlight the concept that we are wasting a valuable resource which is water.  Waste water treated to a certain level can be utilized in irrigation, which it is now, but I would like to expand that.  This budget season, I was able to put in quite a bit of money in order to upgrade the facility and upgrade hopefully transmission lines in the future in order to get the reused water to more users, and thereby being able to phase out the use of injection wells.  Well never be able to get rid of them completely because on really high wet seasons and rainy times, there would be a certain amount that would need to be injected, just because we don’t have the actual use for it all.  So, I’m completely for it and I’ve been on the bandwagon to address it and so far, we’re moving in a forward, positive direction and I’m happy to report that.

Question 3:  Being an uncontested candidate, can you speak to some of your accomplishments during your previous term and what you are most proud of.

There’s a lot of small things for a lot of people, such as a cross walk–that was probably one of my first infrastructure management meetings, where it’s been like a three or more year issue and it finally had ironed out all of the kinks.  We were able to approve it and pass it and get the crosswalk painted.  It sounds minor, but the community in Kihei that it affected directly was so happy–they came in just praising all of the hard work.  I kind of felt like I came in on the tail end and sort of got to get the kudos, but it was a long journey for most people.  I think for me, it was the budget session that I’ve been a part of twice now; and it’s the upgrading of our waste water system in order to create more re-use, therefore hopefully not having to use the injection wells as much.  The three-can plan with the curbside recycling program–I was able to educate enough to where our fellow council members and communities on board were doing curbside recycling, and ordering the containers needed in order to do that. The Kahana Canoe Club asked for some funds to create a Maui Nui Canoe Race, which was a success last year, and so this budget, we were able to add on more money because it incorporates three islands county-wide project there.  So there’s so many.  The list can go on and on from large things to little things like a cross walk; but for me its a need in the community and I’m always willing to listen and see where I can find solutions to address those concerns.

Aloha, my name is Elle Cochran and I’m running for the West Maui County Council seat.  I’m currently unopposed, but I just want to say that I’m very honored and privileged to be in this position to serve for another two more years.  It’s exciting and I’m just extremely happy and honored.  You can reach me at 281-7709, or go to http://www.electelle.com/.  Thank you. 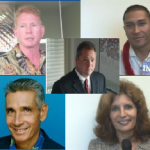 POLL: Who's Your State Rep Pick for South Maui? 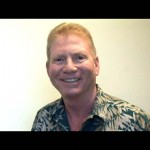