A special mass of thanksgiving for Pope Benedict XVI will be held in Honolulu on Wednesday, Feb. 27 at 7:30 p.m. at the Cathedral of Our Lady of Peace.

The service is to give thanks for the Petrine ministry of Pope Benedict XVI, who will leave office the following day. Bishop Larry Silva said prayer will also be made for guidance on the cardinals who will elect the pope’s successor.

Pope Benedict XVI announced his plans to step down as head of the Catholic Church, effective on Feb. 28.

The 85-year-old pontiff said he came to the decision after examining his conscience for the last few months. He said he is no longer suited to an adequate exercise of the ministry due to his advanced age.

Pope Benedict assumed the post on April 19, 2005.  The seat will be left vacant until a new pope is selected.

A statement from Larry Silva, Bishop of the Roman Catholic Church for the Honolulu Diocese was released on Feb. 11 in which he stated the following:

This morning our Holy Father, Pope Benedict XVI, announced his intention to resign the papacy on February 28, 2013 at 8:00 p.m. (Rome time, 9:00 a.m. Hawaii time). Retiring from the papacy is so rare in the history of our Church that such resignations can literally be counted on one hand. It is for the love of the Church, however, that our Holy Father has discerned that this is what God is calling him to do, since he no longer has the physical stamina necessary for such a demanding office.

Pope Benedict XVI has left a clear mark on the Church in Hawaii in the almost eight years of his papacy. He was elected to be the Bishop of Rome and the Successor of St. Peter on April 19, 2005 at the age of 78. On May 5, 2005, I was informed that he had chosen me to be the Bishop of Honolulu, even though the announcement was not made public until May 17. I was one of the first bishops in the world to be named by Pope Benedict XVI. On May 14, 2005, under his authority, Mother Marianne Cope was declared Blessed at St. Peter’s Basilica in Rome. On October 11, 2009, our Holy Father declared Father Damien DeVeuster, SS.CC. a Saint; and on October 21, 2012, he canonized St. Marianne Cope, O.S.F. We will always be grateful for the ministry of Pope Benedict XVI.

Our gratitude goes far beyond what he has done for Hawaii. He has been an inspiring teacher of the faith with profound insights in his homilies, speeches, encyclicals, and exhortations. He leaves a great legacy to the Church and the world, and his teachings will be worth studying and pondering for generations and centuries to come. He has been a prophet of love, never backing down from the demands of the gospel, the good news that truly sets all human beings free, but always in a spirit of love. He has suffered much criticism, but he has never lost sight of the profound love of Jesus Christ or of Christ’s desire to touch every person and nation on the face of the earth.

I am personally grateful for the opportunities I have had to meet Pope Benedict XVI for brief exchanges. I first met him in September, 2005 at an audience he held for newly ordained bishops throughout the world. I met him again at the canonizations of St. Damien and St. Marianne. Last April the bishops of our Region had a more extensive meeting with him during our “Ad limina” visit to Rome to report on the state of our dioceses.

We offer our prayers of thanksgiving for this Servant of the Servants of God and our prayers for good health and much joy in his retirement. We also pray fervently for the Cardinals who will gather in consistory in the month of March to discern together the one the Lord chooses, through their election, to be the new Pope. And we pray for our new Pope even now, whoever he may be, that he will continue to give courageous and loving witness to Jesus.

The Pope’s complete statements as released by the Vatican are as follows:

I have convoked you to this Consistory, not only for the three canonizations, but also to communicate to you a decision of great importance for the life of the Church. After having repeatedly examined my conscience before God, I have come to the certainty that my strengths, due to an advanced age, are no longer suited to an adequate exercise of the Petrine ministry. I am well aware that this ministry, due to its essential spiritual nature, must be carried out not only with words and deeds, but no less with prayer and suffering. However, in today’s world, subject to so many rapid changes and shaken by questions of deep relevance for the life of faith, in order to govern the barque of Saint Peter and proclaim the Gospel, both strength of mind and body are necessary, strength which in the last few months, has deteriorated in me to the extent that I have had to recognize my incapacity to adequately fulfill the ministry entrusted to me. For this reason, and well aware of the seriousness of this act, with full freedom I declare that I renounce the ministry of Bishop of Rome, Successor of Saint Peter, entrusted to me by the Cardinals on 19 April 2005, in such a way, that as from 28 February 2013, at 20:00 hours, the See of Rome, the See of Saint Peter, will be vacant and a Conclave to elect the new Supreme Pontiff will have to be convoked by those whose competence it is.

Dear Brothers, I thank you most sincerely for all the love and work with which you have supported me in my ministry and I ask pardon for all my defects. And now, let us entrust the Holy Church to the care of Our Supreme Pastor, Our Lord Jesus Christ, and implore his holy Mother Mary, so that she may assist the Cardinal Fathers with her maternal solicitude, in electing a new Supreme Pontiff. With regard to myself, I wish to also devotedly serve the Holy Church of God in the future through a life dedicated to prayer. 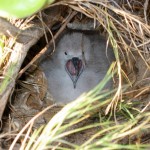