More Small Waves with Potential Swells on the Way 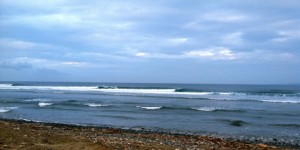 Small waves and light winds continue to plague the summer so far in Hawaii with no south swells so far.

There is however another north swell coming in, and not a small one. Yes you heard right, a 5-10 foot N/NW swell is expected to come in Friday, and peak on Saturday.

A 10 foot north swell in the middle of May? What? It’s a lot better than having nothing at all and the hype around this swell will probably see crowded lineups out on the north shore.

Well, it is summer again and that means very fickle south swells, and the problem of the outer islands blocking most of the swells. 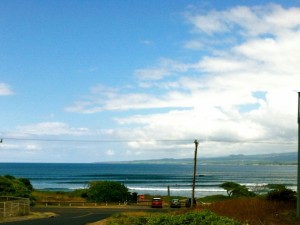 The past week consisted of paddleboard and longboard type waves along the east shores and some of the south, which did provide for a while for those that are not accustomed to SUP or longboard.

It was a good time to get out and try something new and it helps that the light winds lasted all day long so the evening sessions after work were extra glassy. Also, getting out on the SUP is a great way to stay in shape and keep your core nice and strong for extra stamina. It also turns 1 foot waves into heaps of fun. 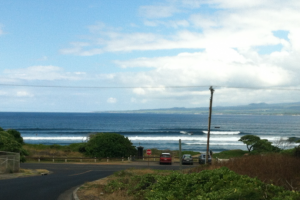 As far as south swells are concerned, keep checking the report, and the web cams, and with your friends to see if they scored it somewhere, you might be surprised. There is a decent sized south swell popping up on the charts and it looks like it will provide some ride-able surf.

This south swell is expected to hit around May 16, but don’t get too excited about south swells because there is shadowing from other islands and often times the traffic getting to these spots can be daunting (it is tourist season).

For now, surfers can spend their time watching surf clips on the internet and reminiscing about all of the epic rides of the winter.

Hopefully this south swell provides some good surf at the popular spots. 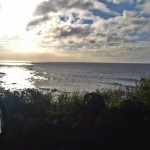 The Last of the North Swells and the First Big South 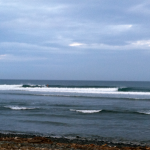