A second wastewater overflow in less than a month was reported on Kenolio Road fronting the Southpointe Apartments in Kīhei.

An estimated 56 gallons of wastewater overflowed from three manholes on Kenolio Road in South Maui at around 9 a.m. on Monday, May 27, county officials confirmed.

This follows a much larger 278 gallon overflow reported at the same location on Saturday May 4, 2013.

According to information released by the County of Maui, both overflows were caused by grease in the mainline.

An estimated 40 gallons of sewage from Monday’s incident entered a nearby storm drain, but no wastewater reached the ocean, according to information provided in a press release.

Crews from the Department of Environmental Management cleared the mainline, removed standing wastewater, and disinfected the spill site, according to information released by the County of Maui.

The state Department of Health was also notified of the incident. 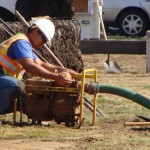 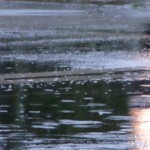