The US Justice Department filed a civil complaint in federal court alleging a tax return preparer in Kahului on Maui claimed refunds from the federal government that are not deserved.

The government’s complaint alleges that the loss to the US Treasury from the alleged activities could be as much as $31 million for tax years 2007-2012, according to information released today by the US Justice Department.

The complaint against James A. Ericson alleges that he, “improperly understates his customers’ federal tax liabilities by creating phony businesses,” and then allegedly “fabricates expenses and losses from the “fake businesses.”

The complaint further states that in addition to the alleged false or inflated credits that are claimed, personal expenses of customers are allegedly deducted, such as costs associated with a customers’ hobbies, which are not legally deductible.

Attempts were made to reach Ericson by phone on Thursday morning; however, the request for comment was not returned.

The Justice Department is asking that the court prohibit Ericson from the following: preparing or filing federal tax returns for others; enjoin anyone allegedly acting in concert with Ericson; prohibit Ericson from requesting or directing the preparation of federal tax returns for others;  require Ericson to contact all persons for who he prepared a federal tax return since Jan. 1, 2008, withing 30 days of entry of an injunction issued in the case, to inform them of the injunction issued against him; required Ericson to provide a list of all such individuals to the US; allow the US to monitor compliance with any such injunction; and request that the court retain jurisdiction over the case to enforce any injunction entered against Ericson. 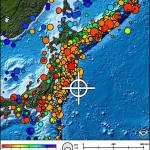