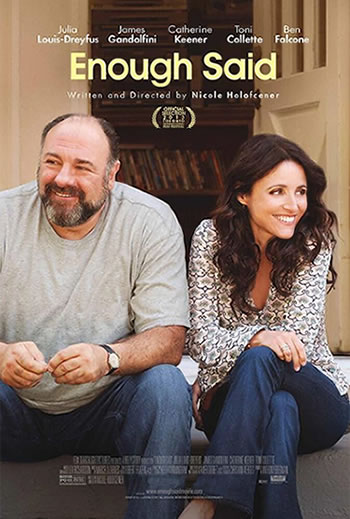 With Christmas squarely behind you, plan to catch “Enough Said” at 2 p.m. on Friday, Dec. 27.

Julia Louis-Dreyfuss and James Gandolfini star in writer/director Nicole Holofcener’s (“The Kids Are Alright”) newest romantic dramedy about a divorced single parent, who makes her living as a masseuse, finding new and true love in a totally unexpected place.

According to the New York Times, Academy Award winner Robert Redford “gives the performance of his life” in what Rolling Stone raved is a “thrilling, pulse-racing lost-at-sea survival adventure.”

Nominated for a Critics’ Choice Award this year, “Her” screens at 7:30 p.m.

Joaquin Phoenix stars in director Spike Jonze new romantic drama about a complex, soulful man who – despite not yet having found true love in his own life – writes personal letters for other people. Then he discovers a virtual 21st century love and intimacy. The film also features Scarlet Johansson, Amy Adams, Olivia Wilde and Rooney Mara. 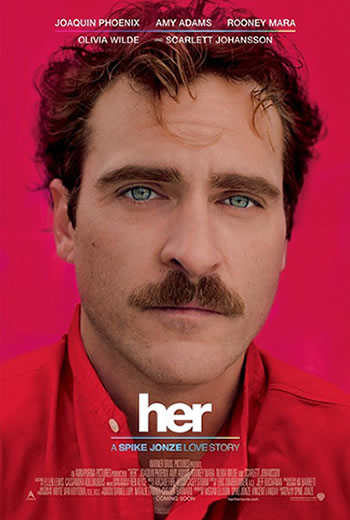 Is it just us or has Joaquin Phoenix turned into Kevin Kline?

On Sat., December 28, more options await you with “The Croods” at noon.

“The Croods” is a prehistoric comedy adventure that follows the world’s first family as they embark on a journey of a lifetime when the cave that has always shielded them from danger is destroyed. Traveling across a spectacular landscape, the Croods discover an incredible new world filled with fantastic creatures — and their outlook is changed forever.

Texan Ron Woodroof is an electrician and rodeo cowboy. In 1985, he is well into an unexamined existence with a devil-may-care lifestyle when he is diagnosed as H.I.V.-positive and given 30 days to live.

Starring Matthew McConaughey, Jennifer Garner and Jared Leto, this uniquely American story of the transformative power of resilience and struggle for dignity and acceptance.

The write-up asks “Ever wanted to fire an automatic paintball gun at a two-timing Casanova?” 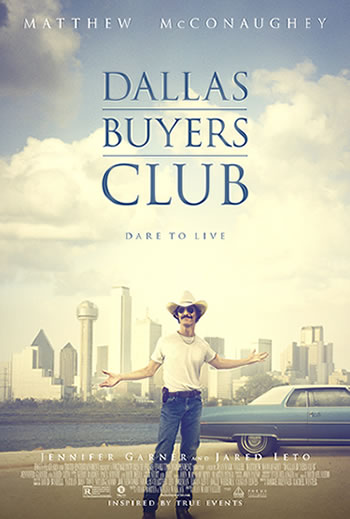 Um. Wouldn’t you get arrested for assault? Those things bruise big time. Maybe just move on?

Anywho, a divorced woman in her late 50s recaptures her life and does that, and more, in this pitch-perfect, terrifically written dramedy in which she ultimately re-connects to her sensual powers and feels vibrantly alive. Chile’s ‘Official Submission’ to the Academy Awards Best Foreign Language Film category. In Spanish with English subtitles.

Kate Winslet and Josh Brolin star in this new romantic drama from writer/director Jason Reitman (“Juno”, “Up in the Air”) about an escaped convict unknowingly brought home on Labor Day weekend by a single mom’s errand-running 13-year-old son. Their time together shapes the rest of their lives.

The movie madness continues on Sunday with “aka Doc Pomus” at 2 p.m.

Although we’re not sure we do, the promo asserts “You know his songs. Now hear their mind-blowing history. The challenged, yet stratospherically successful, songwriter of ‘Save the Last Dance for M,’ ‘This Magic Moment’ and ‘A Teenager in Love’ who was revered by millions around the world.”

Now you know if you didn’t already. 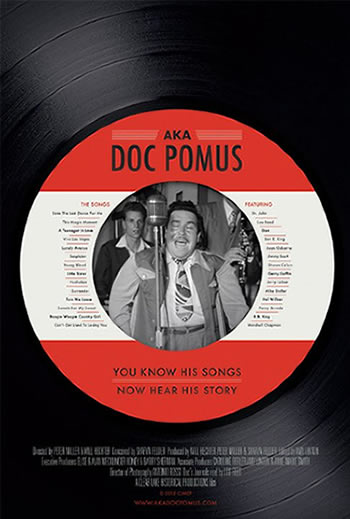 Greta Gerwig stars and co-wrote, with director Noah Baumback, this quirky story about an apartment-less new York dreamer “who throws herself, literally head over heels, into following her bliss with an unaccountable joy and lightness that’s a great life lesson to us all. Lighten Up! Why not?”

Maybe leave the kids at home for this year’s Cannes Film Festival Palme d’Or winner, “Blue is the Warmest Color” at 6 p.m.

A profoundly moving, sometimes graphic – and it appears NC-17 – hymn to both love and life tells the tale of a young woman and the older woman who becomes the love of her life. “Erotically-Charged, Emotionally Daring and a Ravishing Romance.” raved Rolling Stone. In French with English subtitles.

Chip, a young dancer who recently arrived in New York City, starts to train and practice with three other dancers and the ballet master. While patiently rehearsing each figure of the five dances making up the ballet, Chip has to choose between going back to his family home in the Midwest and starting his own career and personal life. 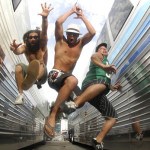 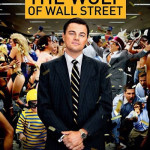