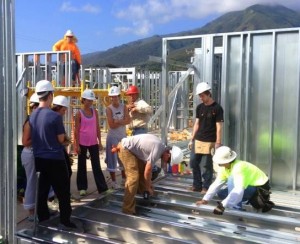 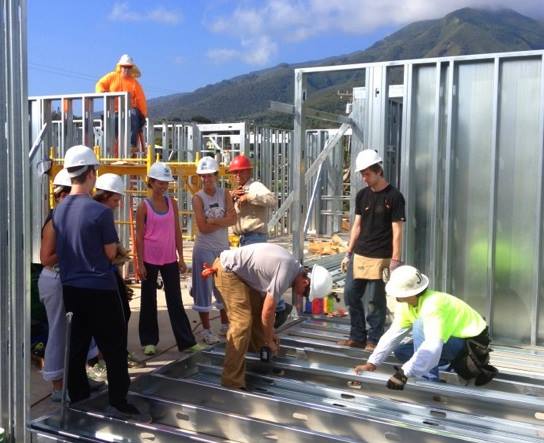 A total of 27 students from the University of Southern California and the University of Wisconsin participated in Habitat’s national alternative break program, Collegiate Challenge between March 16 and 22, 2014.

“This is our fifth time hosting students during their spring break and we are appreciative of their efforts,” said Tornai, noting that it will have a lasting impact on the community.

The three-story Hale Kahawai Condominium is being constructed at 2024 Kahawai Street. The subject lot was formerly occupied by a single-family residence that was demolished in 1993, according to the Draft Environmental Assessment filed for the project. 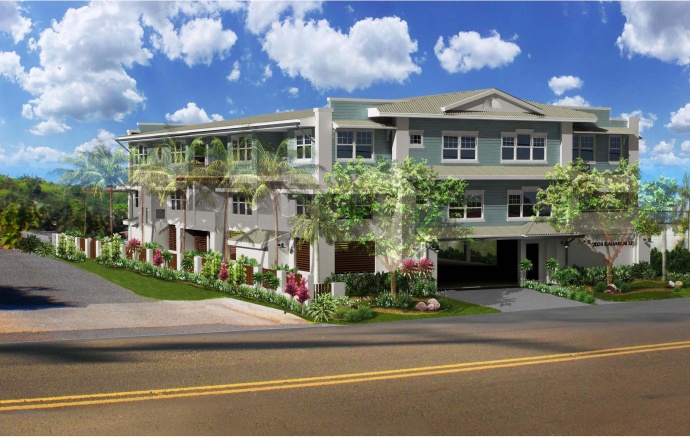 Representatives with Habitat for Humanity say each unit will have its own stackable washer and dryer, refrigerator and range. The units also have small balconies with views of ʻĪao Valley and of the ocean.

In addition to volunteering on the build site, Habitat leaders say the college student volunteers also spent time learning about traditional Hawaiian culture by helping to restore the Kōʻieʻie Fishpond in Kīhei and paddling with the Kīhei Canoe Club.

The program was made possible through a partnership with national corporate sponsor, State Farm, which contributes an estimated $1.1 million to Habitat youth programs across the country each year.

In an earlier statement, agency executive director, Sherri Dodson said that with a 0% interest mortgage and the support of volunteer families who are helping to build the housing, Habitat for Humanity anticipates the average mortgage payment will be between $1,000 and $1,500 a month.