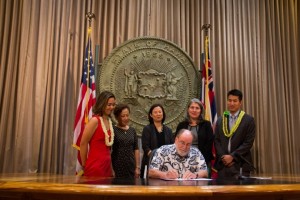 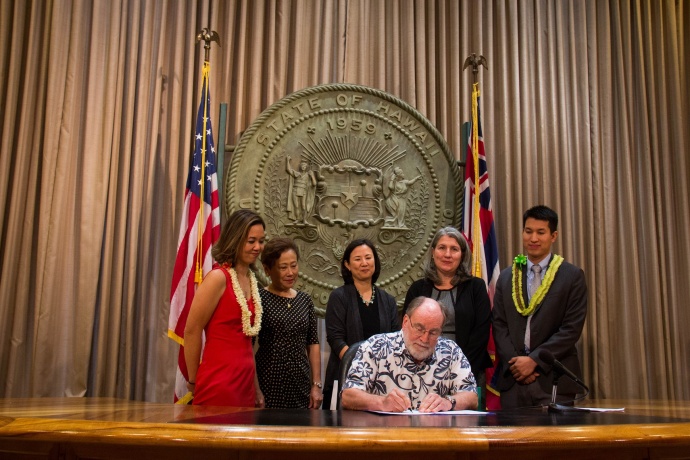 Governor Neil Abercrombie signed a bill into law today regarding mandatory kindergarten for all 5-year-olds.

The measure makes kindergarten a requirement for children who will be at least 5-years of age on or before July 31st of the school year, unless otherwise exempt.

In signing the bill into law, Abercrombie said mandatory kindergarten builds on his administration’s early childhood education initiative by providing continuity in a child’s learning experience.

“This legislation assists in implementation of Common Core State Standards designed for kindergarten to grade 12, and places our students on the path to success in today’s global marketplace,” said Governor Abercrombie in a press release announcing the new law.

Officials with the executive office on early learning called kindergarten the logical next step after Hawaii joined the majority of state that now have state-funded prekindergarten programs.

House Education Committee Chair Representative Roy Takumi also commented in the announcement saying, “Until now, there has not been a need to require all families to enroll their children in kindergarten. But as we establish the first foundations of Hawaii’s early learning system, we need this important support to bridge the way for our children to succeed from prekindergarten throughout their school careers.”