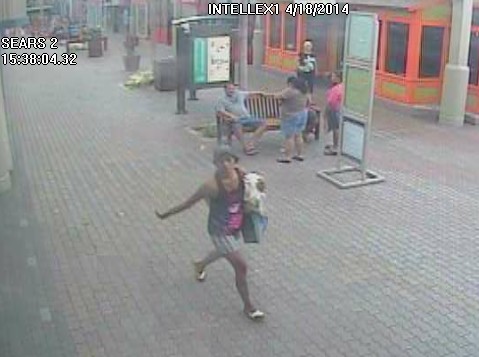 Authorities from the Maui Police Department and Crime Stoppers are seeking the public’s help in identifying a person wanted for the alleged theft of a Louis Vuitton purse, valued at $700, from the From Rome to Paris store at the Queen Kaʻahumanu Center in Kahului last month.

According to officials, an unknown female suspect stole the brown-colored purse, then fled towards the parking lot fronting Koho’s Bar & Grill.

The suspect is described as 5’5” to 5’6” tall, weighing 110 to 120 pounds, in her 30s, with dark brown hair, dark brown eyes, and a tan complexion. Authorities say she was wearing a purple & pink tank top with a white striped skirt and white top slippers. 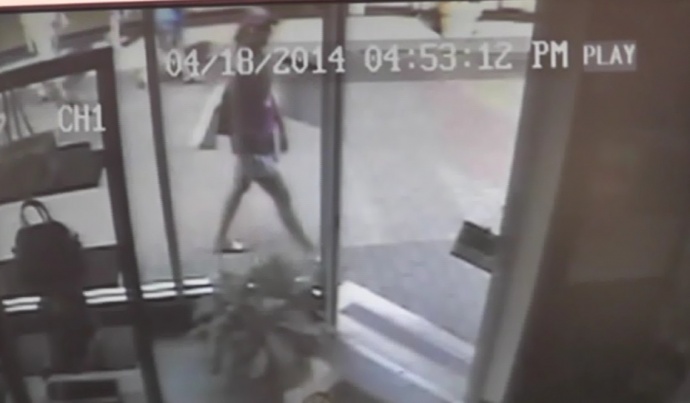 Anyone with information concerning the identity of the individual observed in the attached surveillance photos is asked to contact Maui Crime Stoppers at (808) 242-6966. Neighbor island residents can call toll free at 1-888-242-6966. 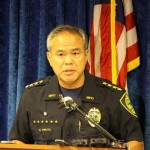 Yabuta to Retire as Maui Police Chief for Federal Job 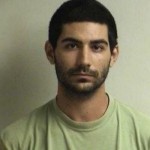