The Fish Market Maui Serves it Up Hot… And Cold 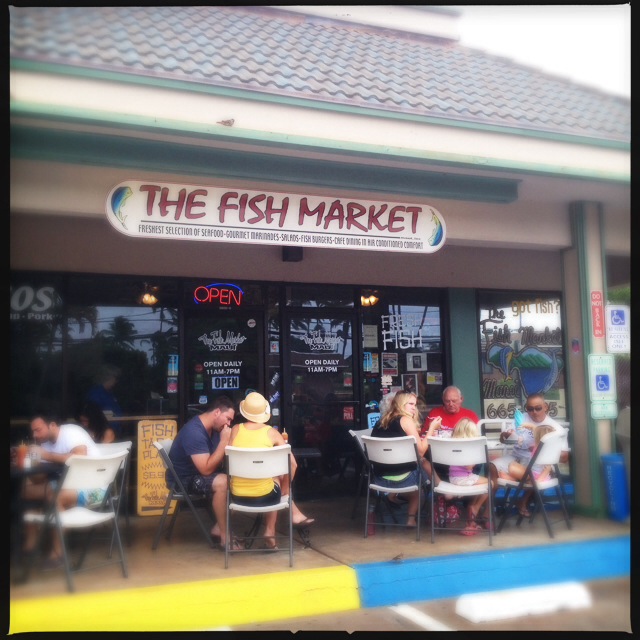 Is making me late

This song was not playing overhead during our visits to The Fish Market Maui (TFMM) in Lahaina, but if they ever decide to employ an anthem or theme song or something, it would get our vote.

Heralded by great word of mouth and met with a wait that would encourage Snow White to yearn for another long nap, we only wish they’d provided us with a small plot of grass upon which to fawn as it grew.

On the upside, the lengthy intermission provides ample time to ogle the extensive menu, dream up recipes for the fresh fillets lounging on ice in the glass case and ponder the ramifications of the multiverse hypothesis. 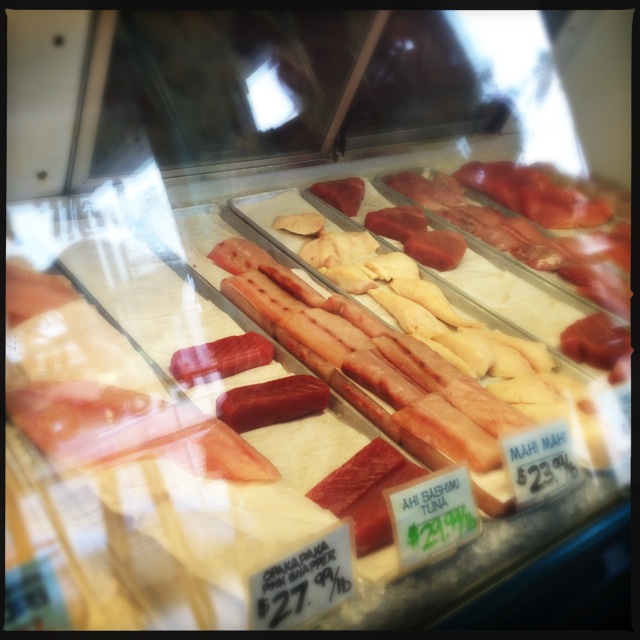 A lovely smattering of fresh fish is available by the pound. Photo by Vanessa Wolf

When our turn came, we tried the much-lauded Seared Ahi Steak Sandwich ($13.99).

Although ordered rare, we later discovered it had been cooked to medium. However, due to the seating situation (or lack thereof. More on that shortly.) we didn’t stumble upon this information until after we had driven away.

Nonetheless, and despite our initial disappointment, we found the sandwich quite enjoyable.

Assembled on a soft, fresh onion bun and topped with caramelized onions, tomato slices and shredded cabbage, the unexpected zing of wasabi aoili brings it all together brilliantly .

Despite being cooked beyond our request (it was a particularly thin cut of tuna, which probably explains it), the ahi was moist and flaky.

As far as fish sandwiches go, this is one of the best ones we’ve had on the island. 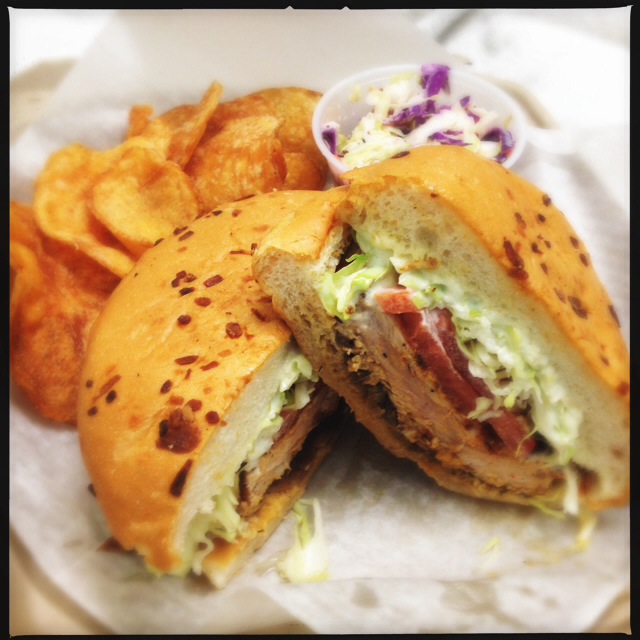 As far as price tags go, $14 for a takeout sandwich is, well… It is Maui after all.

A tasting note, hastily scrawled, reads, “Seriously hope I didn’t pay more than $3.50 for this thing.”

The extra budget presumably went to the double corn tortilla, which feels over-exuberant for such modestly proportioned ingredients.

All told, the simple, Cajun-seasoned snack was the culinary equivalent of buff, beige or ecru. It’s a white wall of a mouthful and not particularly memorable. 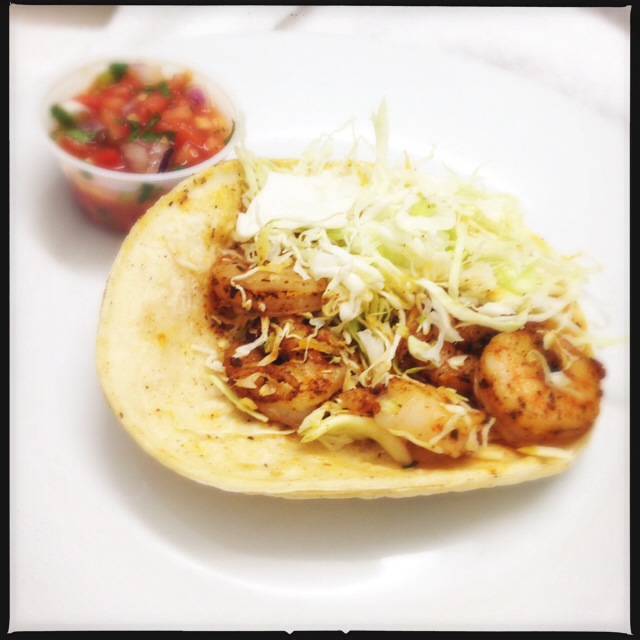 Are you looking to create a not-so-subtle “lost that loving feeling” vibe?

Then take your future Facebook-friend-no-more to TFMM to sit in stony silence and soak up what may possibly be the most taunting almost-but-ultimately-not-at-all view on the west side.

By “view” we mean the three sidewalk-based tables overlooking the strip mall parking lot. The Maui Sands across the street ensures you won’t catch sight of so much a grain of sand.

You only came here to pick up a 16 oz. container of  Lobster Bisque ($5.99) and whisk it away to the tantalizing dining location of your choice.

What a mistake that turned out to be. 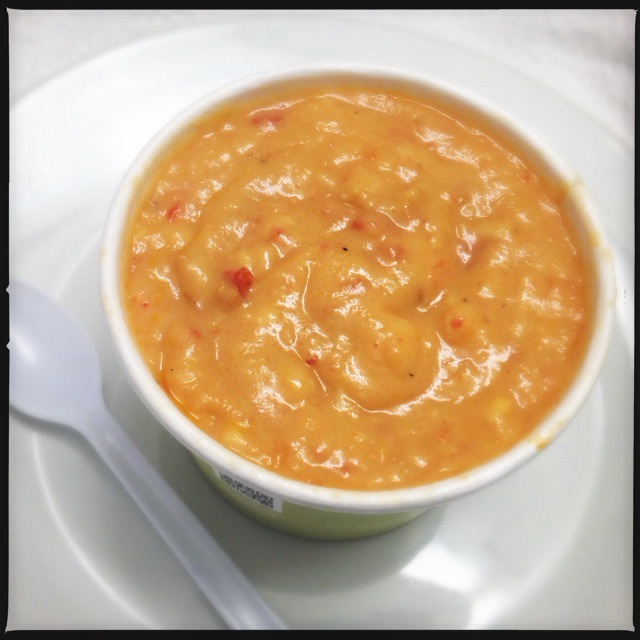 The Lobster Bisque is, well, thick. Photo by Vanessa Wolf

Typically what defines the flavors of a bisque is a foundation of broth, shallots, sherry and heavy cream. The Fish Market Maui’s version is built upon an infrastructure made almost entirely of cornstarch.

Perhaps to (attempt to?) mask this fact, there is an off-putting seasoning combination that rendered the first couple mouthfuls reminiscent of a pumpkin spice latte.

Digging around we did discover ample langostino pieces, as well as some celery, red bell pepper and potato brunoise, but the cinnamon nutmeggy sweetness – not to the mention the intense coagulation factor – left us cold.

In happier news, the Shrimp Ceviche heated things back up. Metaphorically. 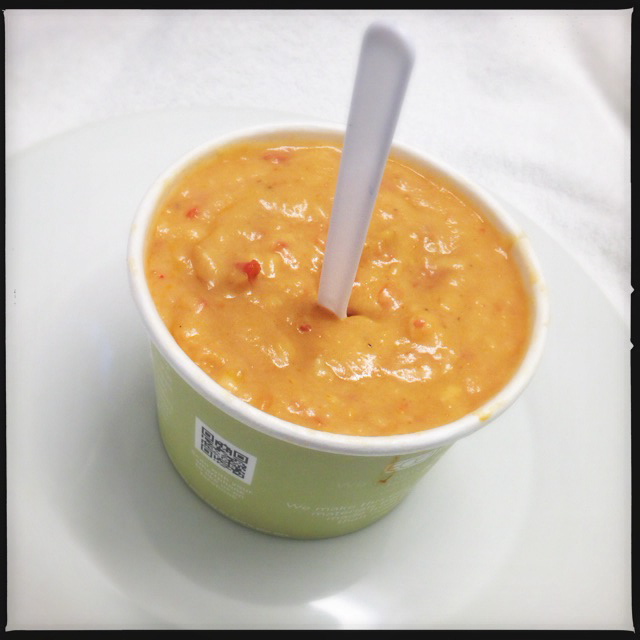 A simple combination of pico de gallo, lime juice and fresh mahi mahi, we couldn’t ask for anything more. Well, except maybe some tortilla chips to eat it with, but that’s OK. We can drive to the grocery store as well as the next guy.

(Or Hey! TFMM Guys! Sell us a bag for an additional buck or something. More revenue for you!)

The sour notes of the lime are balanced by the sweet tomato pieces, but the flavors are light enough that the delicate, fresh flavor of the mahi mahi is still discernable. 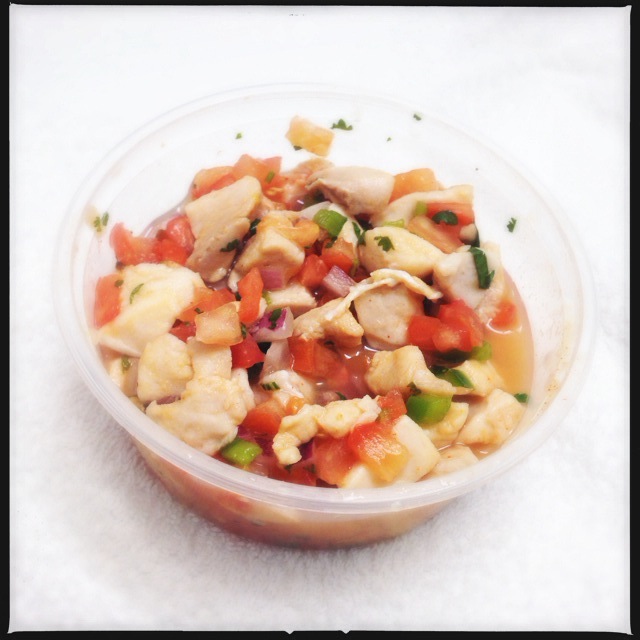 Although it was pretty much a mob scene every time we visited, the men working the counter were always friendly and calm, willing to take an extra minute to explain an item or make a recommendation.

This is how we ever-so-fortunately stumbled into the Homemade Crab Cake Platter.

Seemingly. And with very little filler: just some bell pepper, onion and plenty of delightful crab meat. The patty was then lightly breaded with panko and pan fried in a generous portion of butter.

Complemented by a snowball of white rice and a scoop of – way above average – macaroni salad, the surprisingly decadant crab cake is well-balanced by the simpler accompaniments. 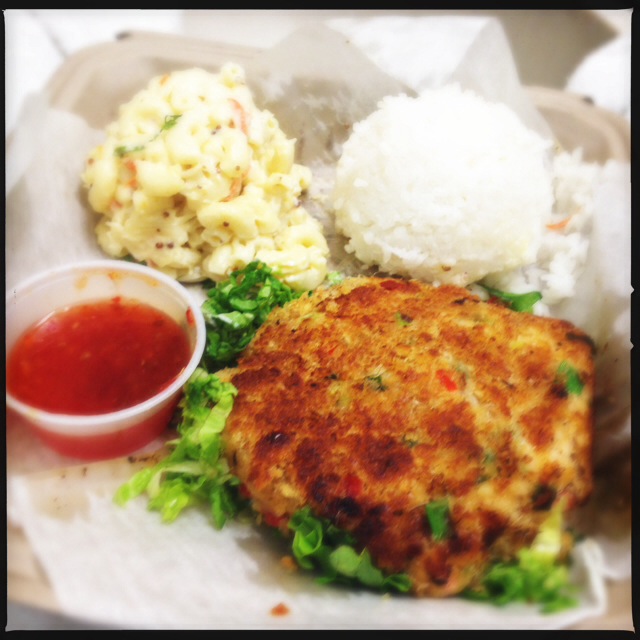 Get a hold of yourselves, Ladies! Straight from the deep, sultry oceans to your hungry mouths, it’s the Homemade Crab Cake Platter. Photo by Vanessa Wolf

In short, that Crab Cake Platter was enough to make a regular out of us.

But don’t worry about us fighting you for table space, we’ll probably just call in ours to go.

The Fish Market Maui is located at 3600 Lower Honoapiilani Road in Lahaina. 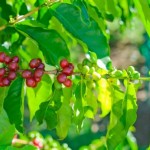 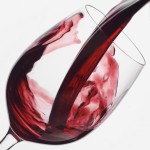