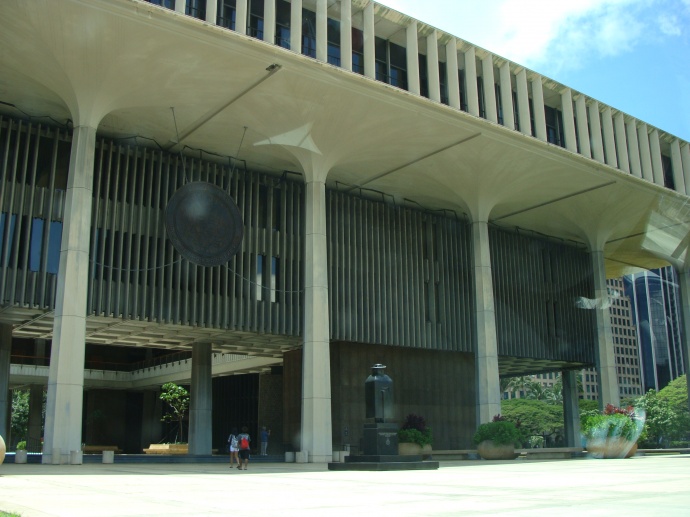 Both the Hawaiʻi State Senate and House passed more than 100 bills each out of their respective chambers today ahead of the final crossover.

The State Senate today passed 135 House bills that addresses areas of domestic violence, beach protection, education, public safety, energy, and a number of other measures aimed at ensuring the health and well-being of residents.

Among key bills passed by the Senate are: HB321, HD1, SD2 that establishes a system of medical marijuana dispensaries and production centers; and HB365, HD1, SD1 which appropriates money for body cameras for police officers.

Among the most significant bills passed by the House were SB1028 that attempts to harmonize the requirements of the Affordable Care Act with those of Hawaii’s Prepaid Health Care, and SB1291 that establishes a regulated system of medical marijuana dispensaries and production centers.

Other highlights include SB287 that mandates and establishes a timetable for voting by mail for all Hawaiʻi elections; SB1280 that requires the PUC to regulate transportation network companies such as Uber; and SB265 that makes sex trafficking a Class A felony.

Below is a list of highlights released by each chamber of bills that now advance for further discussion:

Significant Senate measures passed by the House include:

SB822, SD1, HD2, relating to education and student hours. Clarifies the implementation schedule and calculation method for minimum number of days and student hours required for Department of Education schools in each school year. Applies the requirement for a 180 day, 1,080 hour school year to all school years beginning with the 2016-2017 school year.

SB1345, HD2, relating to multi-track schools. Requires the Department of Education to develop a transition plan to end multi-track schedules in public schools and report to the Legislature regarding the plan and any proposed legislation. Requires the DOE to give priority to overpopulated schools in making its annual capital improvement budget request to the Director of Finance.

SB854, SD2, HD2, relating to public school lands. Requires public school lands that are leased to benefit public educational purposes rather than simply to be used for public purposes. Authorizes the Department of Education to enter into leaseback agreements.

SB374, SD2, HD2, relating to UH/DOE dual credit education programs. Renames the “Running Start Program” as the “Dual Credit Program.” Broadens participation to include public and home-schooled ninth and tenth graders. Replaces a standardized test with an assessment. Repeals tuition and fees requirement. Requires that all additional qualifications be uniform across all campuses. Appropriates moneys to the Department of Education and the University of Hawaii for positions.

HOUSING AND HOMELESSNESS
SB273, SD2, HD2, relating to identification cards for the homeless. Requires the examiner of drivers to accept a sworn statement from a victim services organization, an attorney, a member of the clergy, correctional institution staff, a medical or health professional, or a verification letter from a homeless service provider as documentary evidence of a homeless person’s address; requires the Director of Transportation’s rules to direct the examiner of drivers to waive all fees for homeless individuals; and establishes a working group to enable homeless individuals in the State to obtain necessary documentary evidence.

SB1228, SD2, HD3 establishes a process for special innovative procurement and generates a framework for public-private partnership in Hawaii. Appropriates funds for a temporary position to assist the Procurement Policy Board. Appropriates funds for the Hawaii Health Systems Corporation to procure services to develop a master plan for the Samuel Mahelona Memorial Hospital and Kauai Veterans Memorial Hospital.

SB1095, SD1, HD1, relating to health insurance. Defines the term “habilitative services” to be included in health care services, including but not limited to physical and occupational therapy, speech-language therapy, speech and swallowing therapy, applied behavior analysis, medical equipment, orthotics, and prosthetics, that help a person keep, learn, or improve skills and functioning for daily living.

PUBLIC SAFETY
SB265, SD1, HD1, relating to sex trafficking. Replaces the term “promoting prostitution” with the term “sex trafficking,” a Class A felony. Includes the offense of sex trafficking in the Department of the Attorney General’s statewide witness program.

SB871, SD1, HD3, relating to highway safety. Authorizes the director of transportation to establish reciprocal licensing privileges to any person eighteen years of age or older who holds a license from another jurisdiction, under certain conditions. Authorizes the examiner of drivers to waive the demonstration of the ability to operate a motor vehicle for individuals with licenses from other jurisdictions who receive reciprocal licensing privileges.

SB979, SD2, HD1, relating to youth. Requires the Office of Youth Services to coordinate a Safe Places for Youth Pilot Program until June 30, 2021. Establishes the Safe Places for Youth Program Coordinator position. Allows youth in crisis who are at least 14 but under 18 years of age to consent to accept services in the Pilot Program under certain circumstances. Appropriates funds.

THE ENVIRONMENT AND INVASIVE SPECIES
SB284, SD2, HD2, relating to the Transient Accommodations Tax and Turtle Bay. Allocates monies to the Turtle Bay conservation easement special fund. Authorizes B&F to issue reimbursable general obligation bonds and to use the proceeds to acquire a conservation easement in Turtle Bay, Oahu. Requires B&F to transfer the conservation easement to DLNR. Allocates monies to B&F to reimburse to the state general fund the debt service on the reimbursement general obligation bonds and ongoing expenses related to the bonds. Requires the Office of Planning to investigate acquiring lands owned by Dole Food Company, Inc.

SB1060, SD2, HD1, allows for agricultural loans to be administered for livestock biosecurity projects to assist the livestock industry by establishing a low-interest biosecurity loan program within the Department of Agriculture for construction, improvements, purchase of equipment and other costs related to biosecurity projects.

SB512, SD2, HD1, relating to agriculture. Establishes the Hawaii One Plan Steering Committee to provide Hawaii farmers access to the Hawaii One Plan, an online interface to develop and obtain conservation plans that are necessary to seek Federal Farm Bill funding and comply with county grading and grubbing ordinances. Appropriates funds.

LABOR
SB1122, HD1, relating to wage and hour law. Increases the amount of guaranteed monthly compensation required to exempt an individual from minimum wage, overtime and record keeping requirements under the Hawaii Wage and Hour Law.

SB519, SD2, HD3, relating to vacation rentals. Extends Act 326, Session Laws of Hawaii 2012, for one year and requires the Department of Taxation to submit an annual report to the Legislature on the implementation of the law. Authorizes DOTAX to enforce civil penalties for operators and plan managers who fail to display the certificate of registration and registration ID numbers for transient accommodations. Authorizes fines to be deposited into the Tax Administration Special Fund. Amends the definition of “transient accommodations.”

SB1316, SD2, HD2, relating to electric vehicles. Establishes a working group to examine the issues regarding requests to the board of directors of an association of apartment owners, condominium association, cooperative housing corporation, or planned community association regarding the installation of electric vehicle charging systems.

SB1047, SD1, HD1, relating to waste to energy. Authorizes the issuance of special purpose revenue bonds to assist Pelatron Q, LLC, with the development of waste-to-energy power plants in Hawaii.

CONSUMER PROTECTION
SB464, SD1, HD2, relating to consumer protection. Requires disclosure in a form that may be retained by a consumer of terms, conditions, and cancellation procedures for automatic and continuous service offer contracts. Requires a means for cancelling a contract prior to the expiration of a free trial period.

MILITARY AND VETERANS AFFAIRS
SB181, SD1, HD1, relating to veterans. Allows the Department of Education to continue awarding (until June 30, 2020) high school diplomas to qualified veterans who did not receive a high school diploma as a result of compulsory induction into active service in the Armed Services of the United States or any person whose high school education was interrupted due to wartime practices such as internment during World War II.

SB140, HD2, relating to government records. Requires agencies to exercise reasonable care in the maintenance of all government records under its control that are required to be made available for public inspection under Hawaii’s Uniform Information Practices Act.

SB652, SD1, HD2, relating to public agency meetings. Requires a public agency board to report any discussion or final action taken during an executive meeting; provided that such disclosure is not inconsistent with the purpose of convening the executive meeting, but giving the board discretion to maintain confidentiality.

SB654, SD1, HD2, relating to campaign contributions. Reduces from less than $500 to less than $100, the aggregate contribution amount a candidate may receive from ten or more anonymous persons at the same political function.

SB364, SD2, HD1, relating to elections. Establishes a process for the recounting of ballots cast in a contest. Authorizes that contests for cause challenging a contest result may also be based upon unlawful activity or force majeure.

FISCAL INITIATIVES
SB254, SD1, HD1, relating to the state’s CIP operating and deferred maintenance costs. Requires information on the estimated operational costs of proposed capital improvement projects and deferred maintenance costs of state-owned buildings, facilities, and other improvements to be summarized in the multi-year program and financial plan and supplemental budget, as applicable.

OTHERS
SB868, SD1, HD2, relating to liquor commissions. Requires county liquor commissions to prescribe regulations on dancing in establishments licensed to serve alcohol through the adoption or amendment of administrative rules.

Significant House measures passed by the Senate include:

HB1112, HD2, SD2, relating to the Hawaii Health Systems Corporation. Requires the auditor to conduct a financial and management audit of HHSC every five years. Authorizes HHSC to negotiate master collective bargaining agreements for its employees. Authorizes a regional system of the Hawaii health systems corporation, in collaboration with a private entity, to transition any one or more of its facilities to management and operation by a new nonprofit management entity. Appropriates an unspecified amount to the department of budget and finance for an unspecified number of positions to coordinate the review of documents and examine the fiscal implications posed by a transition of any Hawaii health systems corporation facility to management and operation by a nonprofit management entity.

HB1354, HD1, SD2, relating to housing. Authorizes the issuance of general obligation bonds and appropriates funds to several state agencies for the purposes of improving and increasing the existing public and affordable housing stock in the State. Requires a report to the 2016 and 2017 legislature on the set-aside plan for upkeep and maintenance of the housing facilities to be constructed. 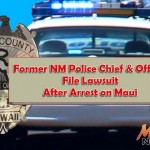 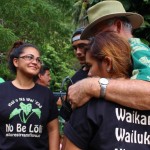