The Maui Planning Commission on Tuesday voted to defer action for 60 days on a conditional permit for the proposed Kauaula Transient campsite in West Maui.  Earlier in the meeting, commissioners denied a motion for intervention against the applicant saying no new issues were raised that are different from what has already surfaced from other sectors of the community.

Among the issues raised against the project were potential fire threats from campers using barbeque grills or camping burners, traffic impacts, security issues, protection of archaeological sites and the proposed commercial element of the project.

The Kauaula Campgrounds facility is proposed to help the transient, homeless and financially disadvantaged community by providing pod housing for 80 individuals on a site located near Hokiokio Place and the Lahaina Bypass Road.  The request is being made to the State Land Use Commission by Lisa Darcy and the Hoʻomana Foundation.

According to the latest 2015 Statewide Point in Time Count compiled by the state Department of Human Services, there are an estimated 1,137 homeless individuals on Maui. That translates to a 12% increase in the homeless population on Maui, up 178 individuals from the 959 homeless reported in 2014.

Executives with Ka Hale A Ke Ola Homeless Resource Center testified at the meeting saying there are an estimated 150 individuals that are on a waiting list to get into the organization’s Lahaina facility.  The facility currently provides housing at it’s Shaw Street facilities via 32 dorms, 24 studios and 24 two-bed units.

Ka Hale A Ke Ola executives say there is currently no room for growth on their current West Maui parcel. While executives testified in support of the project, they identified lack of funding as their greatest challenge and said, “Ideally, we need more affordable rental housing” on Maui.

One element of the proposed Kauaula Campgrounds that raised concerns was the commercial element. Under the proposal, the foundation suggests a $10 charge per person, per pod, per night.  At full capacity, of 80 people in 26 pods, that equates to $800 per night, about $24,000 per month, and $292,000 per year.

Peter Martin, who largely funded the foundation along with his former wife, said, “We do not need the money to make the commercial campground work,” however, he said, “We think it is very valuable that people do pay.  They might be able to work it off.  It’s part of the experience,” he said.

Those opposed to the commercial element expressed concern that if the site is approved, it might start off with one intent to help the transient community, but down the line could turn into a totally different use that is commercially driven.

Commissioner Wayne Hedani raised concerns about traffic saying, “The problem is that Honoapiʻilani Highway at 40,000 vehicles per day gets stopped on a regular basis by intersections and stop lights that backup traffic not only to Launiupoko–it backs up traffic to Māʻalaea Harbor on bad days.  The county made a mistake at Launiupoko by putting a 50 lot parking lot on the mauka side of the highway.  When the surf’s up, they use the stop light to cross Honoapiʻilani Highway.  They press the button.  The stop light stops.  Forty-thousand vehicles come to a stop,” he said.

“They cross the road and have to do it twice–once going, once coming back to their car, times 50 cars.  That’s 100 presses of the button times three times that the stall turns over in a day–so that’s 300 times that the stop light activates.  That’s for 50 stalls.  We’re dealing here with 80 people from one lot,” said Hedani.

The applicant responded saying a traffic study was done at the request of the Department of Transportation that found during morning peak hours in the morning, that over the course of one hour, there would be eight trips generated on full build out from the site.  In the afternoon peak hour, there would be 10 trips generated by this project.  “That’s a small portion of 40,000, but none the less, it’s more.  I think a lot of these issues in time go away.  If we can get the next phase of the bypass to go through, I think that helps out; but that’s a regional traffic issue and we understand but feel our overall numbers are somewhat insignificant given the larger regional problems we have,” representatives said.

Commissioner Ivan Lay of Haʻikū called the project a “first step.” He said, “This isn’t going to resolve everything, but it’s a one step try.  Not everything works.  This might work.  We’re hoping it does work for the county.  If we can work forward in trying to help to educate these people, get them back into society, it’s a good thing.  If we just leave it the way it is, it’s only going to get worse.  We got to give some kind of trial run and get things moving in the right direction.  As it is right now, nothing’s going.  We’ve got more people coming here, more homeless here, and we’re going to sit back and watch it happen?  I think we have to step forward and do something to move ahead,” said Lay.

Commission member Keaka Robinson of Kahului said he would prefer a deferral until the applicant can meet further with the community.  “I think the intent is there.  I think the need is definitely there, and I think the compassion from the owner and from the rest of us–we all would want a project like this to happen, but there’s still the safety issues.  There’s still the support of the surrounding neighbors.  There’s still the DOT numbers–I don’t know how there’s only eight trips with 23 parking stalls… Until we actually get engineering numbers, it’s really hard to estimate something that’s going to be safe,” said Robinson.

Commissioner Richard Higashi said there was an apparent lack of communication between the applicant and the community.  “Although the applicant did follow all the procedures of what should have happened with the county, apparently, somewhere along the line, there was some lack of communication between the community and the applicant.  I think some of those things, based upon the recommendation of staff, possibly could be resolved.  I think the project has potential, but there are some extenuating circumstances that need to be addressed,” said Higashi.

Wayne Hedani of Wailuku, said he has a hard time supporting the application.  “Traffic on Honoapiʻilani Hwy is horrendous… This will make it worse, not better.  I understand the intent of the project.  The land owner acquired a lot of land when Pioneer Mill went out of business.  Most of that land has been driven toward creating gentlemen estates on agricultural land.  It essentially raised the average price of housing on the West Side by the fact that most of those homes are a million dollars.”

He continued saying, “This particular application, I believe, tries to do something for the homeless to correct the perception that the landowner is only out there to make money by selling million dollar estates.  I agree there is a homeless problem. I agree that something has to be done about it.  I don’t agree it should be done by putting people in tents, and putting visitors next to them who have no understanding that the people next to them are homeless or may have problems, other than being fully functional rational people that have no dependencies or issues.  When someone rents a campsite, they have an expectation of security… they have to be assured that when they go to sleep at night everything is going to be fine.  I don’t think that’s the case, no matter how good the manager is,” said Hedani.

“The solution to homelessness is homes, and the way to do that is for us to do our jobs in order to make homes available for people who need them.  Not million dollar gentlemen estates on the hill with magnificent views of the ocean.  Places where people can live decently, safely, so they don’t have to resort to campsites like this.  From my perspective (this project) is not a good idea,” said Hedani.

Commissioner Larry Hudson of Wailuku said, “Mr. Lay is right.  We need this project to proceed, but I agree more with Mr. Higashi and Mr. Robinson.  Even though they (the applicant) did notify the neighbors, I do not believe that the neighbors had in good faith ample opportunity to respond.  I think a lot of these issues could have been addressed in a true head to head, where they sit down and discuss these things.  In my neighborhood, if somebody is going to have a party, they let everybody know… It’s called being a good neighbor.  I have some difficulties with this.  I have some concerns about its location. I don’t doubt its merit or its need,” said Hudson.

Prior to agreeing to defer action on the matter, the commission voted 3-2 against approving the permits as recommended. 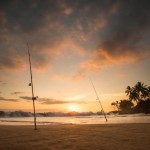 Breezy Winds Back in Forecast 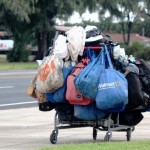